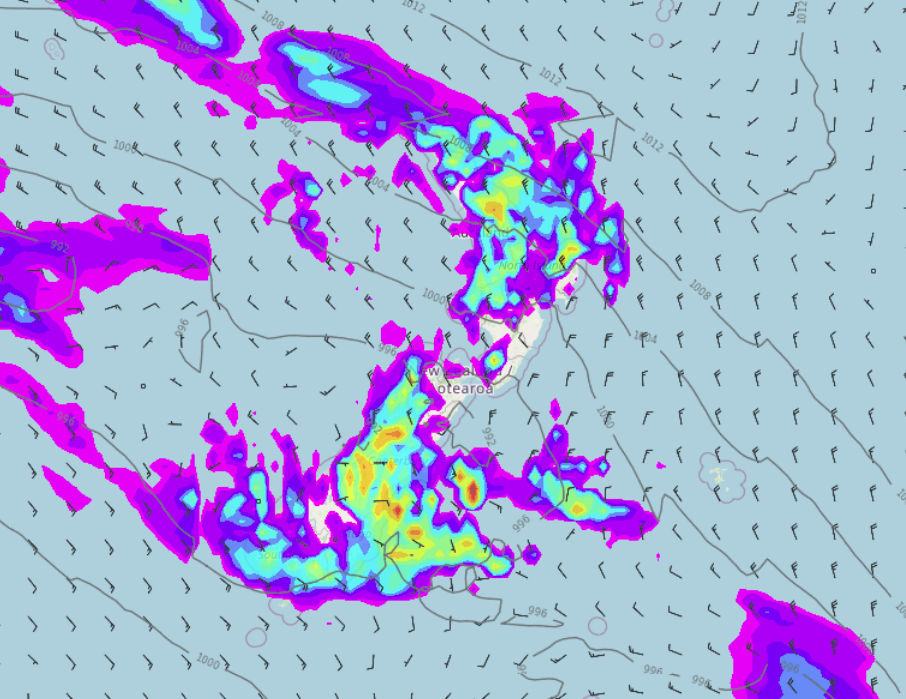 Eastern North Island
High cloud, some scattered rain around midday then clearing up in the afternoon with sun breaking through as northerlies tend a little more northwest.
Highs: 24-27

Marlborough & Nelson
Scattered rain clearing up in the afternoon with sun breaking through, north to northwesterly winds.
Highs: 20-24

Canterbury
Rain develops first thing in the morning, easing from afternoon to the odd shower. East to southeasterly winds.
Highs: 15-18

West Coast
Rain, there may be the odd heavy fall, easing in the evening. Northerlies.
Highs: 16-19

Southland & Otago
Rain develops in the morning with east to southeasterly winds, easing in the evening.
Highs: 13-15