Saturday’s national forecast – Rain for central NZ may be heavy 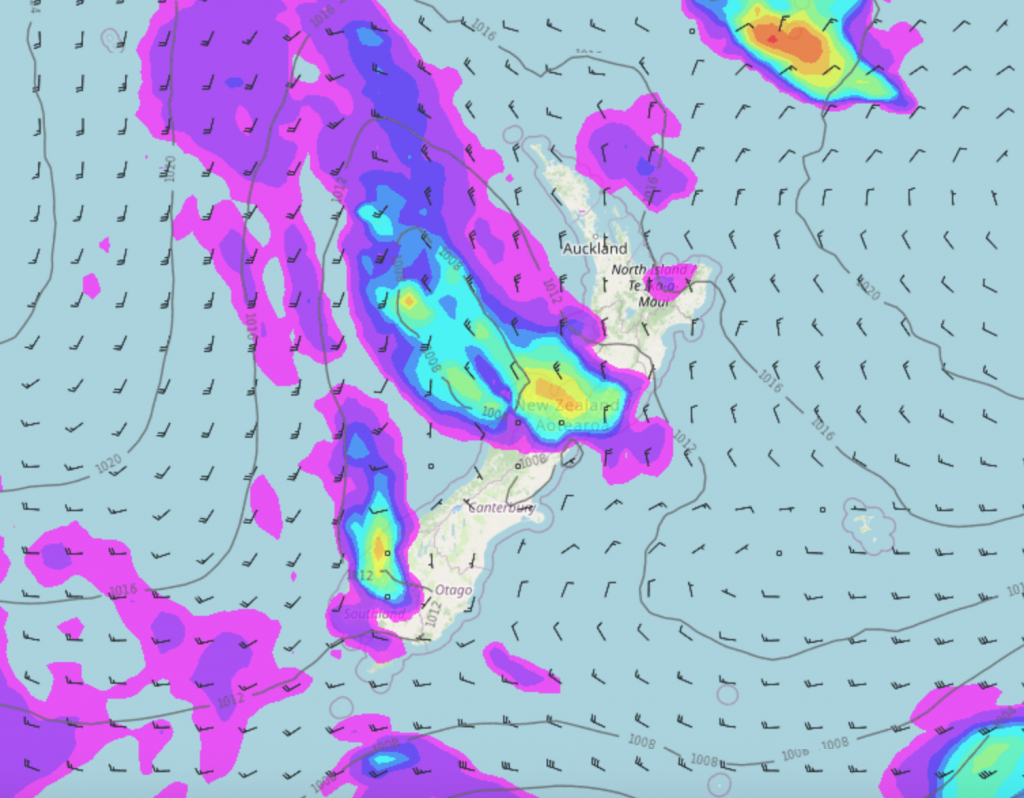 A low / front moving into central New Zealand today brings rain which may be heavy, especially for the upper South Island.

Eastern North Island
Sun and some high cloud, rain spreads into from the west into Wairarapa. A few spits of rain north of Napier overnight. North to northwesterly winds.
Highs: 15-17

Canterbury
Thickening high cloud, patchy rain moves in during the afternoon, more persistent for North Canterbury. In the evening rain become persistent for most of Canterbury, heavy in the north. Southwesterlies pick up later today.
Highs: 5-13