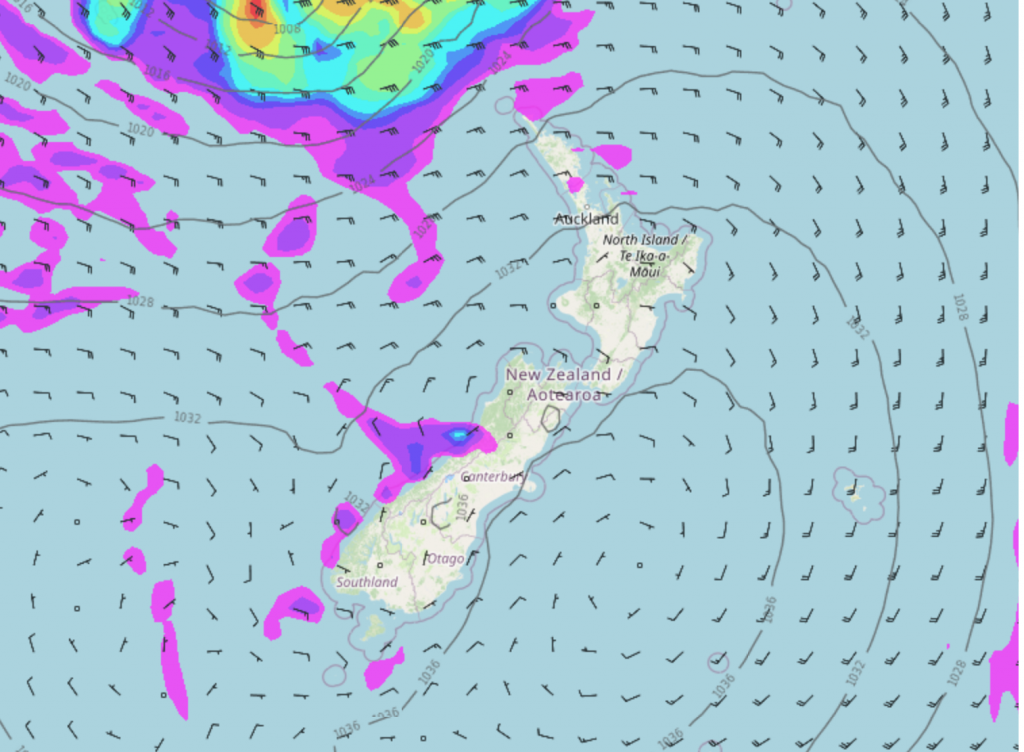 A high brings mainly settled weather today however will still have some cloud and a light shower or two in the east, a few showers for the West Coast thanks to a trough then a few showers in the far north in an easterly airflow.

Northland, Auckland, Waikato & Bay Of Plenty
Partly cloudy, a light shower or two, mainly in the east from Coromandel through to eastern Northland. Waikato and Bay Of Plenty should have sunnier skies but expect some high cloud. Easterly winds.
Highs: 12-15

West Coast
Partly cloudy skies, Buller is sunny after any early cloud clears. Showers around Greymouth and Hokitika slowly slip southwards along the coast during the day, reaching Fiordland in the evening. Winds are mainly light.
Highs: 9-12