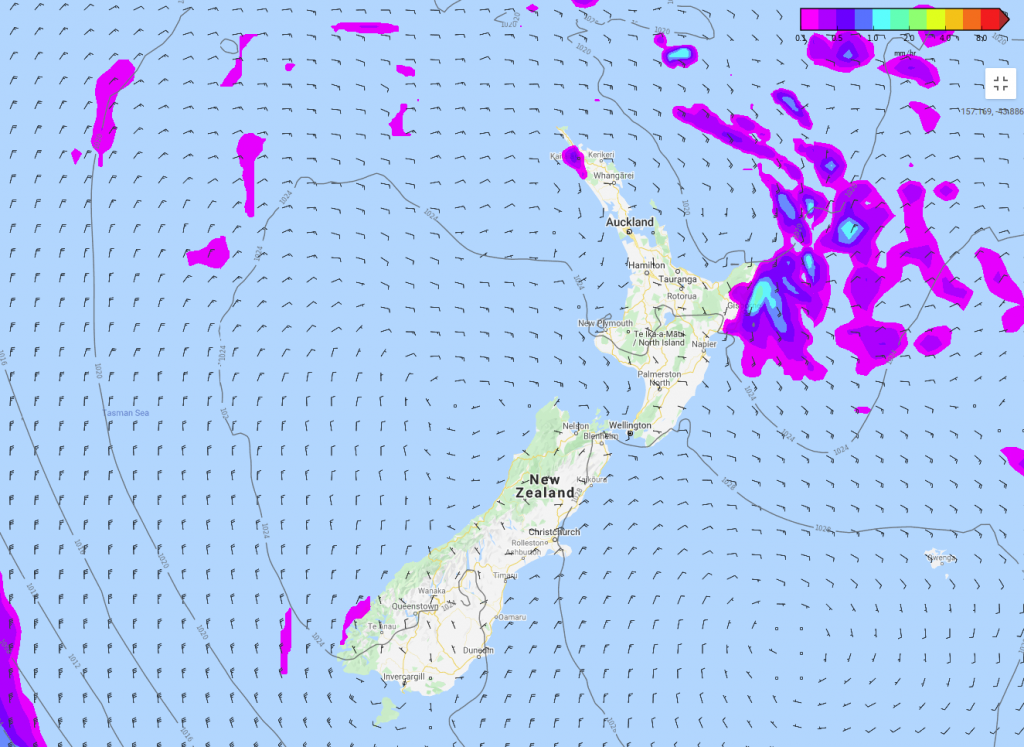 An anticyclone lies over the country today bringing mainly settled weather, a southeasterly airflow moving around the high may bring a few showers to the eastern North Island however.

Canterbury
Sunny, east to northeasterly winds freshen in the afternoon across the Plains.
Highs: 19-24