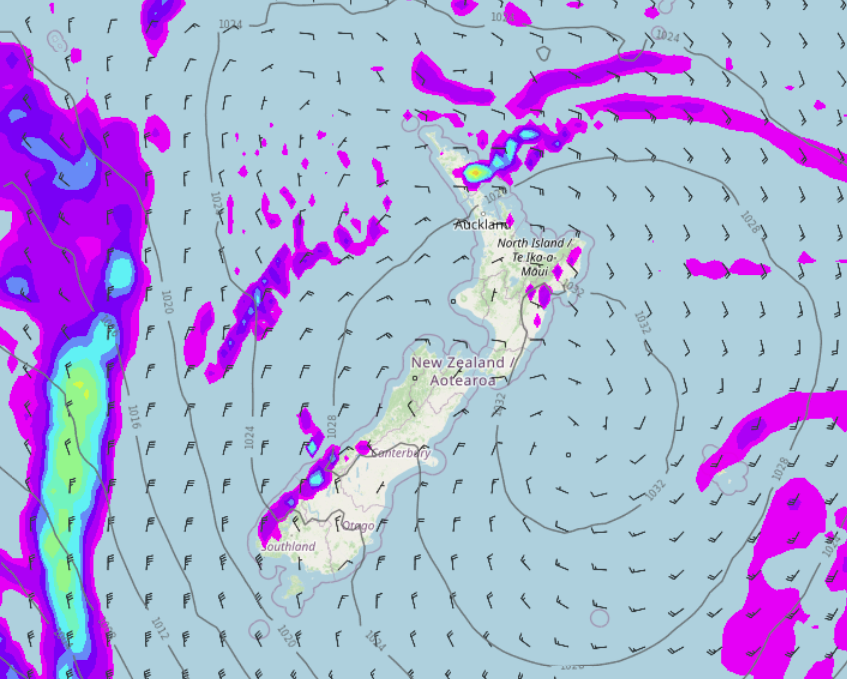 Mainly settled for New Zealand today thanks to a large high pressure system, very frosty to start though in some areas especially the inner South Island. A few showers linger about the far north though thanks to a trough.

Marlborough & Nelson
A frosty start. Sunny for Marlborough, some high cloud later in the day. Nelson has a mix of sun and cloud. Light winds.
Highs: 11-13

Canterbury
Mostly sunny after a frosty start, some high cloud from midday, northeasterly winds become a little breezy near the coast in the afternoon.
Highs: 10-13