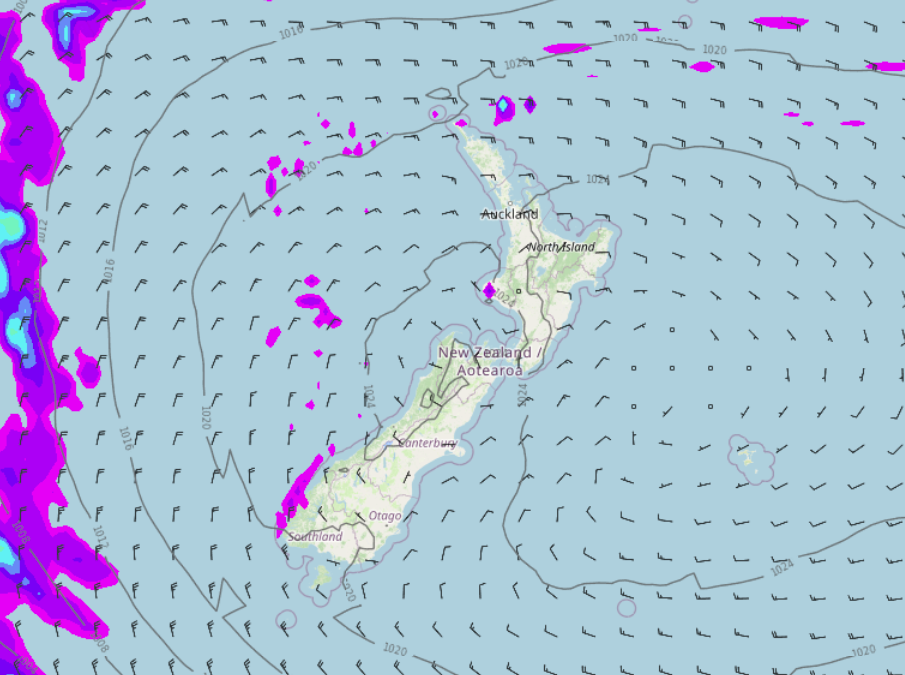 Northland, Auckland, Waikato & Bay Of Plenty
A mix of sun and cloud, cloud a little more extensive in the east from Coromandel up through to eastern Northland bringing occasional showers. From afternoon cloud thins out with sunny areas becoming longer and showers becoming more restricted to northern Northland. Easterly winds.
Highs: 24-26

Canterbury
Mostly sunny with some high cloud, there may be some low cloud or fog morning and night. Light winds tend east to northeast after midday
Highs: 21-26

West Coast
A mix of sun and cloud. Winds are light tending to the westerly quarter after midday. Fiordland sees northeasterly winds with cloud thickening in the evening and a drizzle patch moving in.
Highs: 21-25

Southland & Otago
Mostly sunny with some high cloud, there may be some low cloud or fog in the morning then breaking away. Light winds tend onshore after midday.
Highs: 22-27