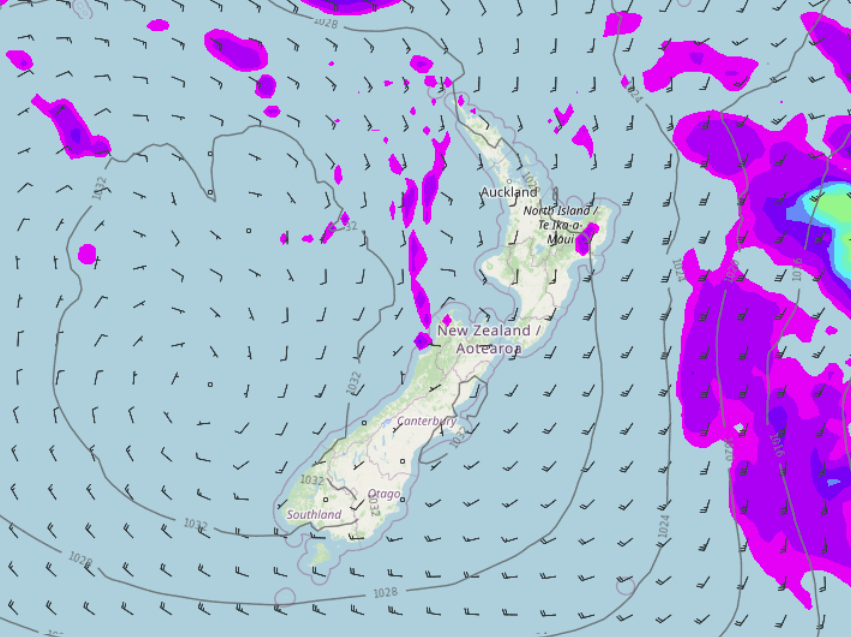 An anticyclone starts pushing in over New Zealand today moving in from the Tasman Sea.

Northland, Auckland, Waikato & Bay Of Plenty
Morning cloud with a few showers for western Auckland and Northland then clearing and becoming mostly sunny, a mainly sunny day elsewhere. Southwesterlies tend to the south by midday.
Highs: 19-21

Canterbury
Any early showers clear then sunny areas increase, southwesterlies die out in the afternoon.
Highs: 14-15