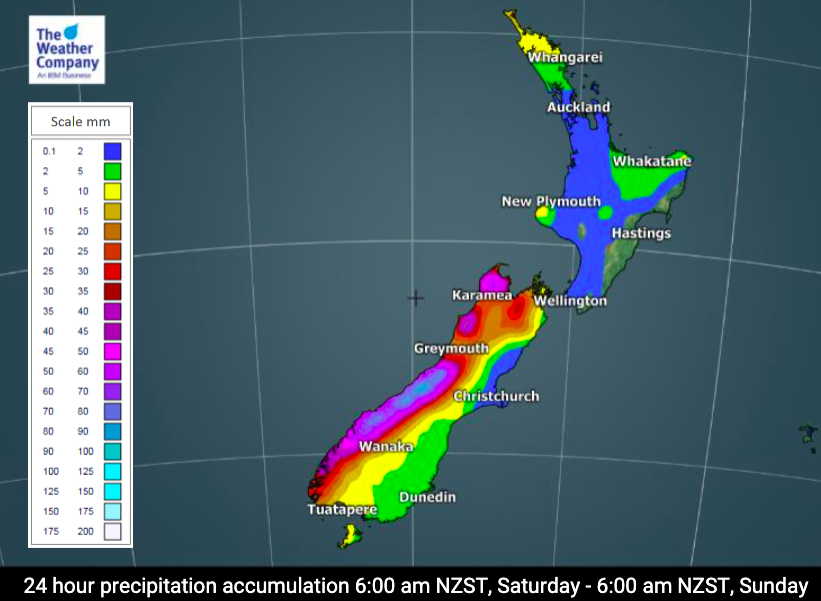 A blustery northerly airflow lies over New Zealand today with a front bringing heavy rain to the West Coast.

Western North Island (including Central North Island)
Morning cloud possible otherwise mostly sunny, some high cloud increases from afternoon. New Plymouth has some cloud and the risk of a shower or two during the day. Northerly winds, breezy about the Taranaki coast.
Highs: 12-17

Southland & Otago
High cloud, some afternoon rain for Southland as northeasterlies change southwest, rain clears up in the evening. For Otago, rain spreads into the lakes district in the morning then elsewhere late afternoon. Southwesterlies spread into Otago late afternoon.
Highs: 14-15