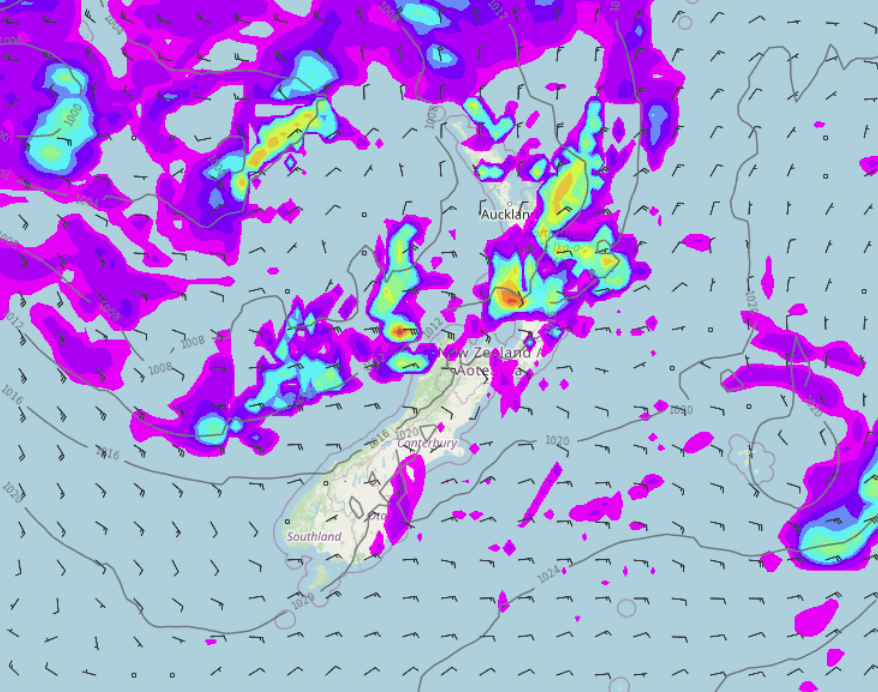 Updated 8:48am — A large low pressure system lies in the Tasman Sea today, coming out from this low is a series of fronts bringing rain, mainly affecting the North Island with heavy falls for some regions.

Northland, Auckland, Waikato & Bay Of Plenty
Rain pushes down from the north this morning, there may be a few heavy falls. Easing this morning to showers, some sun may then break through but then later this afternoon further rain (heavy at times) moves into Northland spreading southwards reaching the Waikato and Bay Of Plenty overnight. Thunderstorms possible north of Auckland. Northeasterly winds.
Highs: 16-18