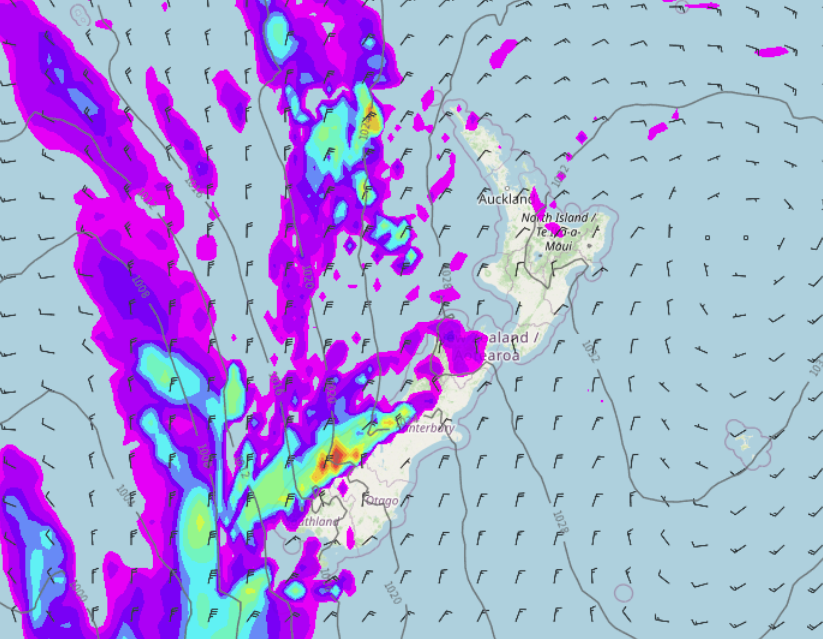 Northland, Auckland, Waikato & Bay Of Plenty
Cloudy spells, chance of a shower mainly in the east but some areas will remain dry for much of the day. Northeasterly winds.
Highs: 19-21

Western North Island (including Central North Island)
Sunny areas and some high cloud, Taranaki may get a shower or two from evening. Northerly quarter winds.
Highs: 16-20

Marlborough & Nelson
Cloud thickens in the morning, the odd spit or shower from afternoon, more so for Nelson, to a lesser extent Marlborough. North to northwesterly winds pick up in the afternoon.
Highs: 17-20

Canterbury
High cloud, some sun may break through at times. Rain picks up in the evening about the high country spreading from the west. North to northeasterly winds.
Highs: 16-20

West Coast
Cloudy with the odd shower developing in the morning, rain from afternoon, becoming heavy for South Westland then further north in the evening. Northeasterlies freshen.
Highs: 17-18