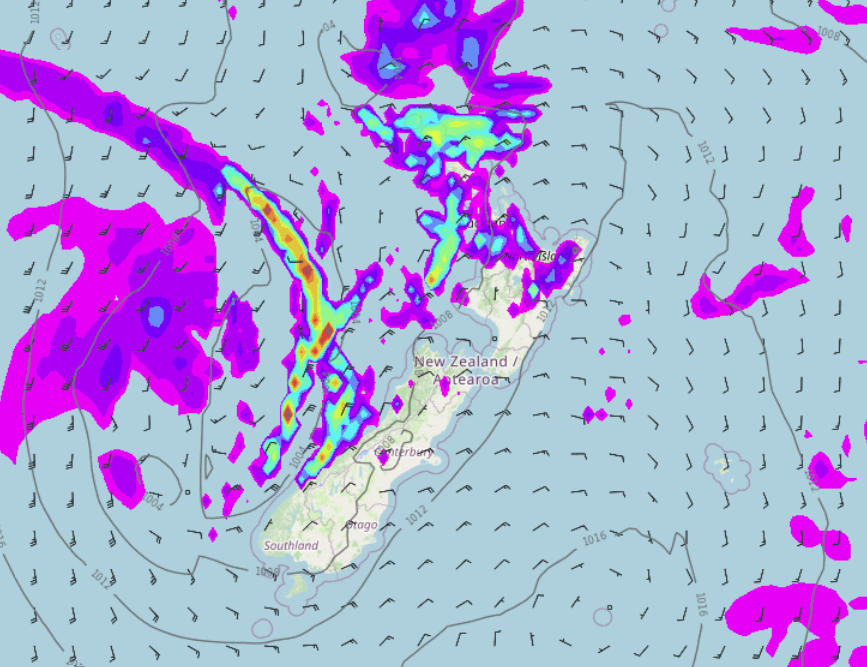 A northeasterly airflow lies over New Zealand today, there are showers for the West Coast and northeast of the North Island, a few isolated heavy falls are even possible for Northland and Auckland.

Wellington
Mostly sunny, a touch of high cloud from afternoon. Winds from the northeast may die out and becoming light and variable.
Highs: 18-21

West Coast
Mostly cloudy with patchy rain or showers, rain may be more persistent in the morning for South Westland then easing. Northeasterly winds.
Highs: 16-19