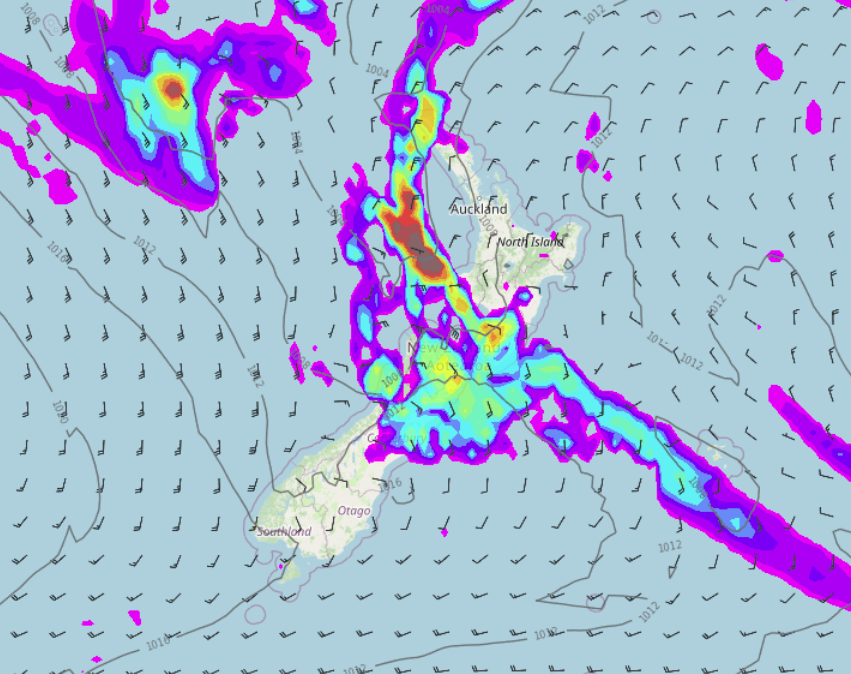 
Northland, Auckland, Waikato & Bay Of Plenty
Morning cloud breaks to mostly sunny weather, a few light showers in the morning from Bay Of Plenty up through to eastern Northland clear. Breezy humid northeasterly winds. Overnight rain moves in from the west especially to Northland and western Waikato.
Highs: 26-30

Wellington
Rain, possible heavy in the morning, backing off from afternoon then picking up again overnight. South to southeasterly winds.
Highs: 17-21

Marlborough & Nelson
Heavy rain for Nelson starts to ease from afternoon. Marlborough has rain with heavy falls possible in the morning then again overnight. Southeasterlies from morning for Marlborough, pushing into Nelson around midday.
Highs: 17-21

Canterbury
Rain, a bit more persistent inland. Overnight rain may become quite persistent for all. South to southeasterly winds.
Highs: 14-17

Southland & Otago
Cloudy areas and occasional sunny spells for Southland, risk of a shower. Otago has some rain, easing in the morning and mostly clearing around midday but the odd straggler may hang onto evening. Light south to southeasterly winds.
Highs: 14-15