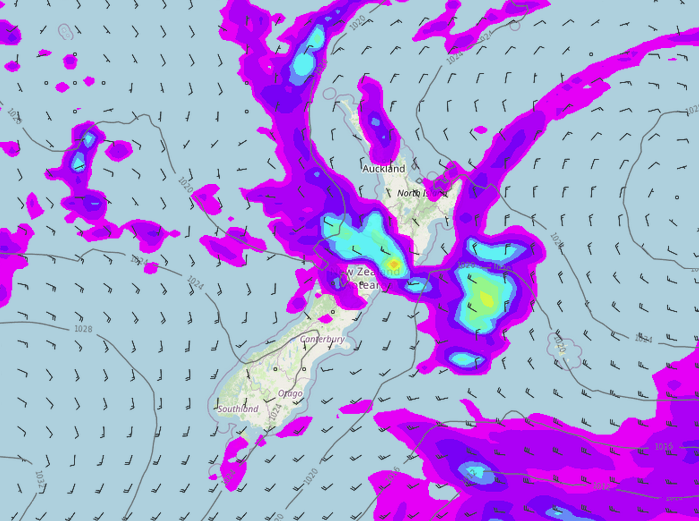 A shallow low and frontal zone moves through central New Zealand today bringing some rain to the lower North Island, a few showers at either end of the country.

Western North Island (including Central North Island)
Mostly cloudy with some rain, northerlies change to the south in the evening.
Highs: 11-16

Eastern North Island
Morning spots of rain for Hawkes Bay and Gisborne then drying out, some rain for Wairarapa then spreading northwards during the course of the evening with southwesterlies.
Highs: 15-18

Canterbury
Mostly sunny for South Canterbury with a frosty start, further north there is cloudy areas with the risk of a shower or two, cloud clears in the evening. Southwesterly winds.
Highs: 6-15

Southland & Otago
A few showers develop in the morning for Southland, around midday for Otago as northwesterlies change southwest, clearing in the afternoon with increasing sunny spells. Winds fresh for coastal Otago.
Highs: 7-11