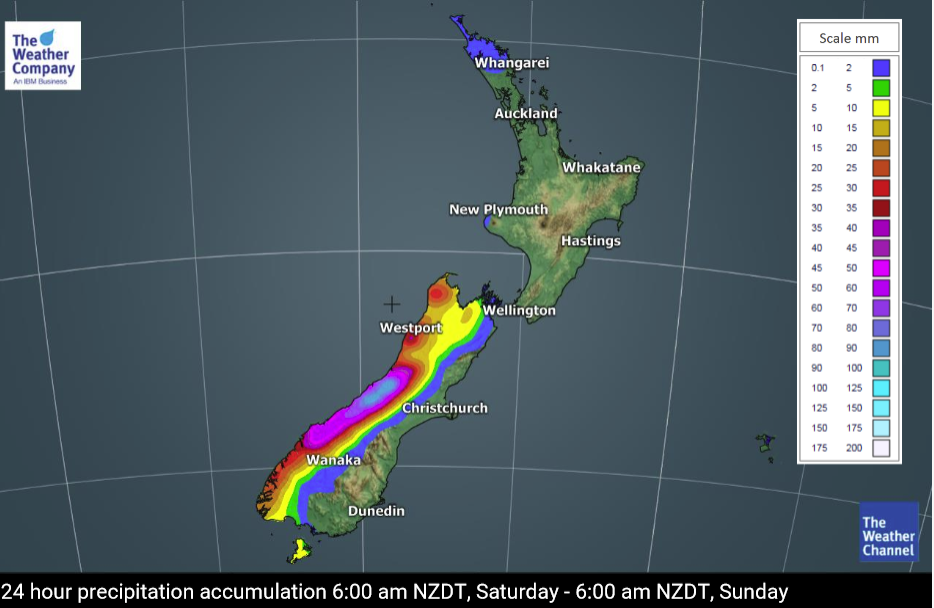 A northerly airflow lies over the South Island today, a ridge of high pressure clings on further north.

Northland, Auckland, Waikato & Bay Of Plenty
A mix of sun and cloud, chance of a shower or two, mainly about Bay Of Plenty through to Northland in the east. Northeasterly winds.
Highs: 22-24

Canterbury
Sunny areas and increasing high cloud, rain moves into the high country later in the evening spreading from the west. North to northeasterly winds.
Highs: 24-27

West Coast
Cloudy, the odd shower, more so from around midday then rain moves in late afternoon or evening. Rain may be heavy. Northeasterlies freshen.
Highs: 19-21

Southland & Otago
High cloud, some sun may break through now and then. Chance of a spit or two, mainly later in the day. Light east to northeast winds for coastal areas, winds tend northerly inland.
Highs: 19-23