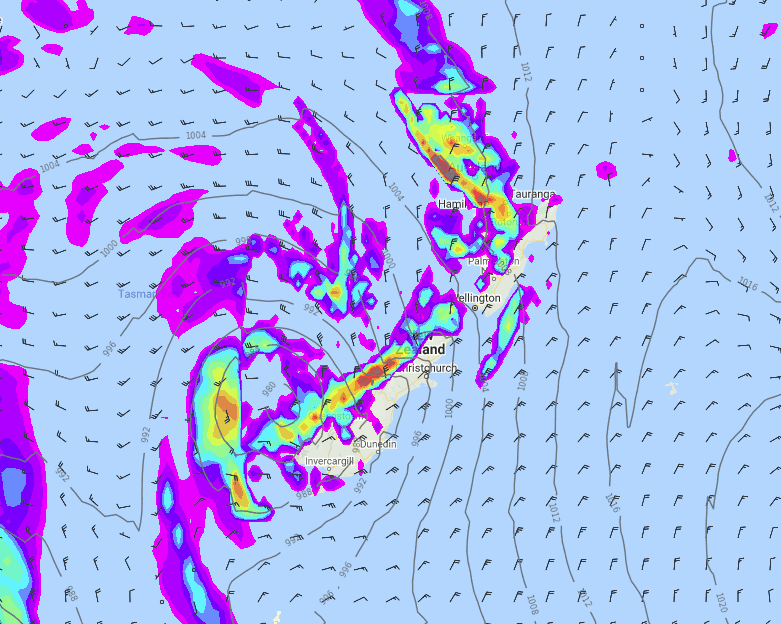 Northland, Auckland, Waikato & Bay Of Plenty
Rain, a few heavy falls too especially in the afternoon with a chance of thunderstorms for Northland and Auckland. Rain eases late afternoon or evening as strong northeasterlies tend northerly. Rain not easing about Bay Of Plenty till overnight.
Highs: 19-22

Eastern North Island
Cloudy, some rain at times may spread from the west. Breezy northeasterlies.
Highs: 20-23

Canterbury
Mostly cloudy, some brief rain at times. Rain more persistent in the high country. Northeasterlies becoming strong in the afternoon especially near the coast then easing later in the evening.
Highs: 19-22

West Coast
Rain with heavy falls, blustery northeasterlies tend to the north in the afternoon. There may be a rumble of thunder especially later in the day.
Highs: 18-19

Southland & Otago
Mostly cloudy, there may be some rain especially in the west, drier out east although there is still the risk of a spit. East to northeasterly winds, gusty about coastal Otago from afternoon.
Highs: 19-21