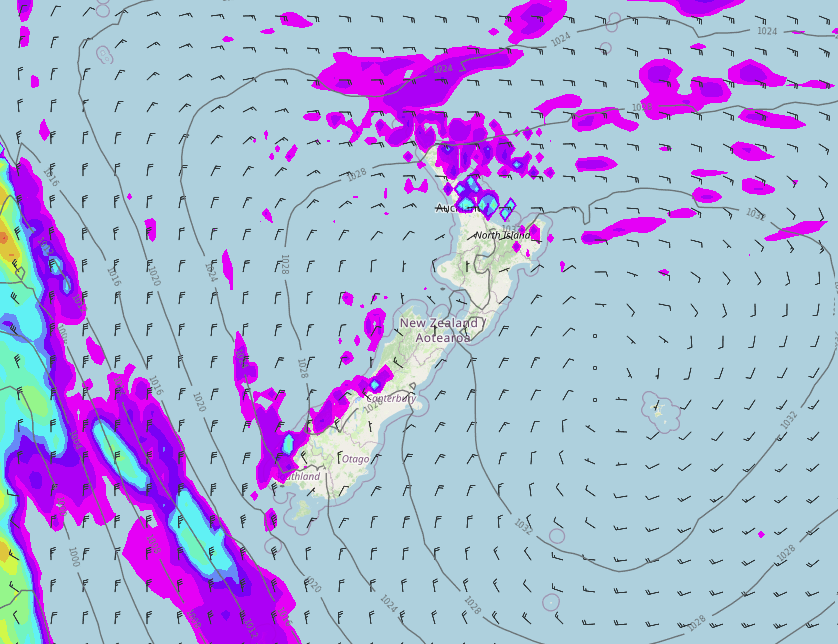 An anticyclone brings mainly settled weather to most of New Zealand today however there are a few showers in the northeast (East Cape up through to Northland) and along the West coast of the South Island.

Northland, Auckland, Waikato & Bay Of Plenty
A mix of sun and cloud with the odd shower Coromandel northwards, especially in the east. Easterly winds. Waikato and Bay Of Plenty has mainly sunny weather with any early mist or fog breaking away.
Highs: 18-21

Eastern North Island
Mostly sunny weather, morning mist or fog possible for inland Hawkes Bay / Wairarapa, Hawkes Bay may have some cloud at times during the day, northeasterly winds. Gisborne has the odd shower with winds coming in a little more directly from the east.
Highs: 17-18

Canterbury
Sunny with northerlies inland, northeasterlies across the plains.
Highs: 15-18