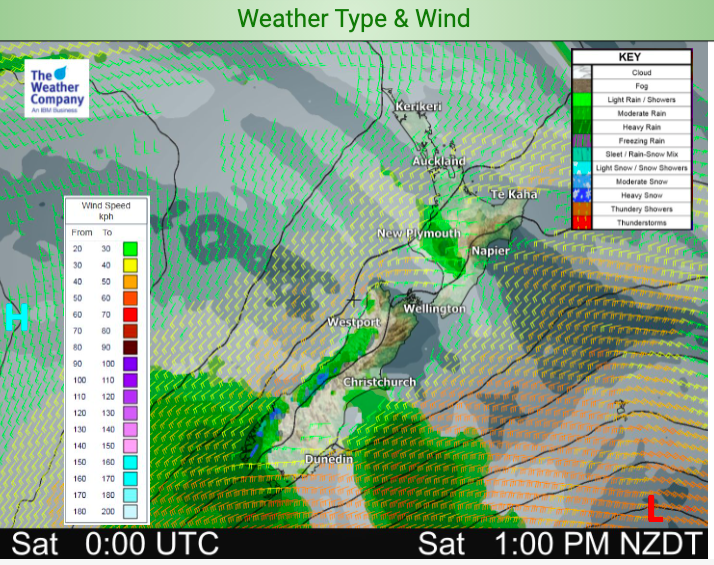 It’s a cold start for inland parts of the South Island today and a cooler than average day for many parts of NZ – or about normal.

The south to south west wind will be a little brisk in some places, but nothing too major.

Showers also fall apart in most areas, although a few will slide up the western side of the North Island.

Tonight will be cooler than average for a number of regions – for the North Island this may be more noticeable following the run of humid, warm, nights recently.

Here are the regional forecasts for Saturday… to drill down deeper where you will be today, please use the HOURLY details in your LOCAL WeatherWatch or RuralWeather forecast:

Northland, Auckland, Waikato & Bay Of Plenty
Cloudier in the west as winds come off the Tasman Sea. Dry or mainly dry though. Sunniest in the east and Bay of Plenty. A little cooler than previous days.
Highs: 18-22

Marlborough & Nelson
Morning cloud, might be some showers around the Nelson region first thing, then dry and mostly sunny with light winds.
Highs: 16 – 20

Southland & Otago
Windy westerlies with gales in some coastal areas. Cloudy at times, especially in Southland where a few showers are possible in coastal areas.
Highs: 13-20