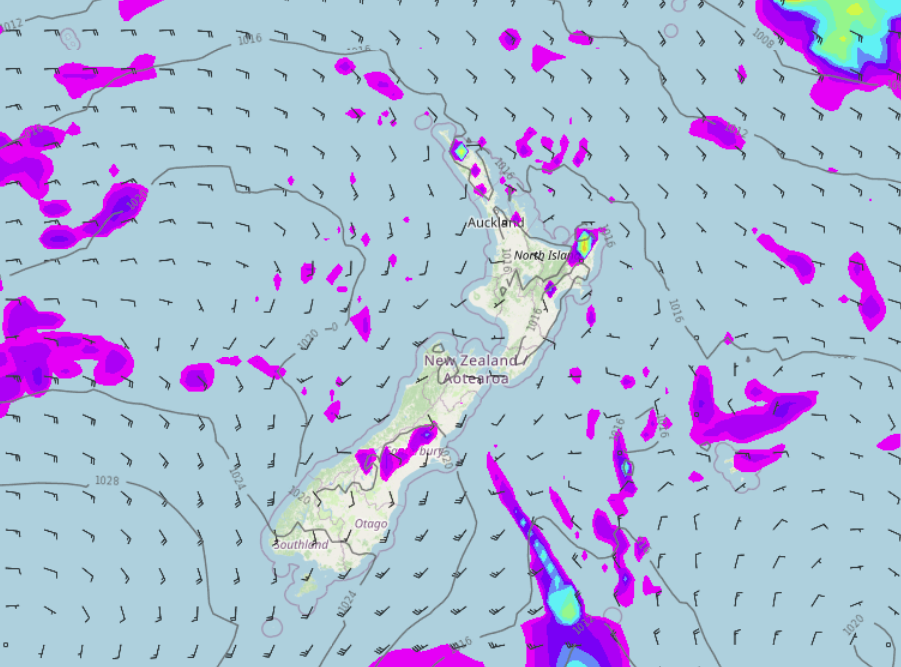 Northland, Auckland, Waikato & Bay Of Plenty
Any early cloud clears then mostly sunny, perhaps a few coastal showers for parts of Northland clearing in the morning also. In the afternoon cloud builds a little and there is the risk of an isolated shower late afternoon / evening mainly for Northland. Light winds then afternoon sea breezes.
Highs: 24-26

Eastern North Island
Morning cloud, chance of a shower then sunny spells breaking through. Mid to late afternoon a few isolated showers develop in the ranges behind Hawkes Bay and Gisborne then in the evening southerlies spread through with showers becoming a little more widespread.
Highs: 23-24

West Coast
Morning showers for Fiordland then clearing away, elsewhere can expect a mix of sun and cloud with southwesterlies freshening in the afternoon.
Highs: 21-26

Southland & Otago
Showers for Southland, pushing into Otago during the morning then sunny spells increase from afternoon as showers clear away, breezy southwesterlies ease overnight.
Highs: 15-17