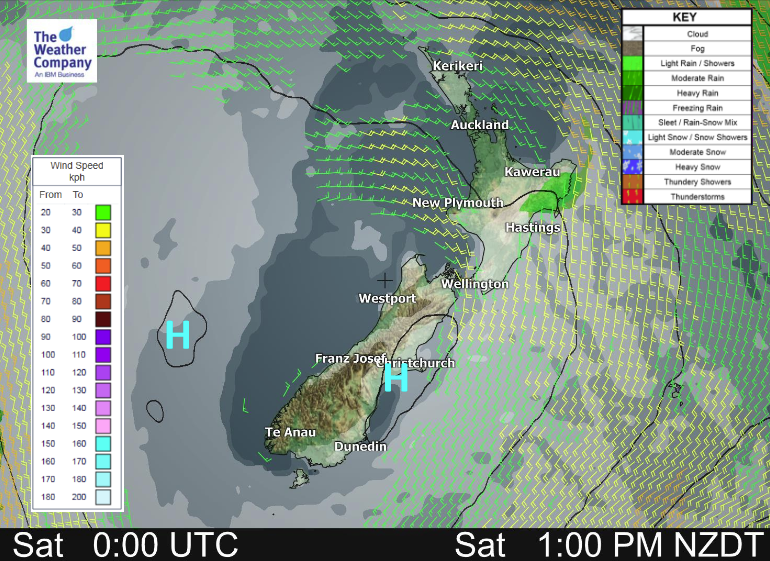 An anticyclone pushes in over the South Island today moving in from the Tasman Sea, meanwhile a southeasterly airflow lies over the North Island.

Most of the South Island is dry today but there may be a few morning showers about Canterbury (mainly nearer the coast) then clearing away. The North Island sees showers in the east and a few showers in the far north.

Temperatures are a bit cool in the east although some South Island areas may get into the early twenties especially inland. The eastern North Island is cool, warmer in the west with highs getting into the early to mid twenties.

Southwesterlies die away from the eastern South Island, winds tend onshore in the afternoon about all regions. South to southeasterly winds for the North Island.

Eastern North Island
Cloudy areas, the odd shower, more so about the coast then breaking away in the afternoon. Showers a bit more persistent during the day north of Napier. Cool south to southwesterly winds.
Highs: 17-20

Wellington
A morning shower or two then sunny spells increase in the afternoon, southerly winds.
High: 16-18

West Coast
Mainly sunny weather, there may be some cloud at times in the afternoon. Light winds.
Highs: 17-22