Saturday’s national forecast: A cold start then warming up (+5 Maps) 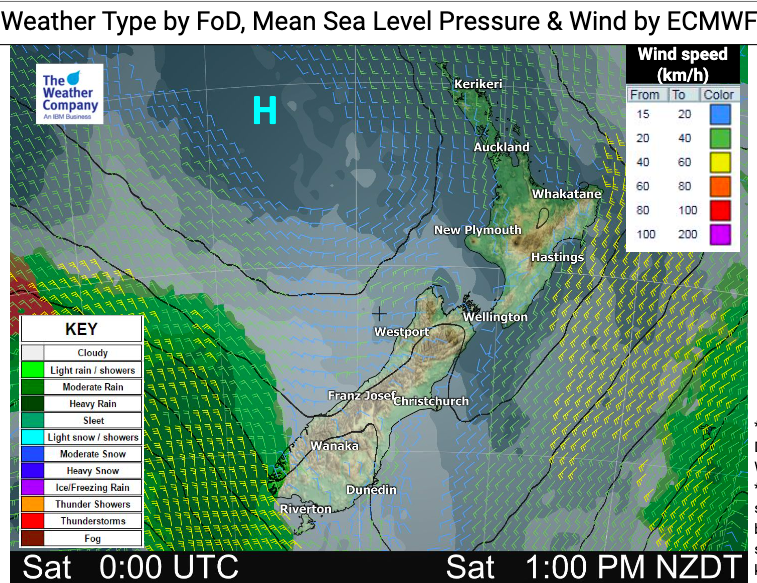 It’s a cold (or colder) start for a number of New Zealanders today – but have no fear, warmer winds from Aussie are on the way!

Some in the South Island will wake to outside temperatures near, or at, freezing – then warm up into the early 20s, or late teens.

Cloudy weather will still impact some regions and winds are going to be more obvious in the days ahead for quite a few regions.

High pressure and a west to north west flow both move onto NZ today, this will clear any remaining showers in the eastern North Island.

Here are the regional forecasts for Saturday. Don’t forget, to fine tune this forecast for where you live or where you will be today, please check out the HOURLY forecasts at WeatherWatch, or at RuralWeather.co.nz…

Northland, Auckland, Waikato & Bay Of Plenty
A cool start then a stunning day for many with afternoon clouds in the west. Light southerly breezes turn more westerly later.
Highs: 19-23

Western North Island (including Central North Island)
A few early showers and cool southerlies then winds fade and then build as nor’westers with dry weather.
Highs: 15 – 18

Eastern North Island
A few early showers then they clear out to sea as southerlies turn more westerly later and becoming sunny.
Highs: 16-20

Marlborough & Nelson
A cold start inland. Mainly Sunny with Northerlies for the most part. Some rain or showers coming in overnight / into Sunday.
Highs: 17 – 20

Canterbury
A cold start with frosts possible about Twizel and Tekapo, cold on the plains too. A north to north east flow develops for many with a mostly sunny day, some cloudy areas likely too.
Highs: 14-22

West Coast
A dry day but clouds thickening and rain developing later in the south, heading north towards night time. There may be some heavy falls. Mild nor’west winds after a cool, calm, start.
Highs: 16 – 18

Southland & Otago
A cold start to Saturday with even a light bit of ice here and there through inland areas. However, a warm north to north west winds will soon come in making for a warm afternoon. Clouds thicken in Southland later with evening rain or showers.
Highs: 16-23