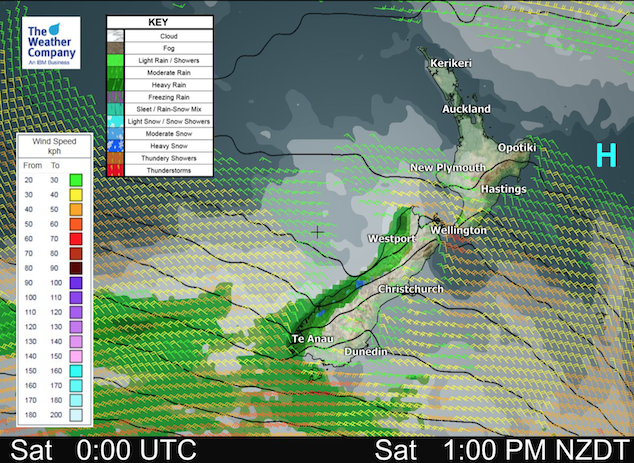 A northwesterly airflow lies over New Zealand today however the upper North Island experiences some ridging spreading out from a large anticyclone centred to the east.

Eastern North Island
Sunny, there may be a touch of high cloud. Light northwesterlies, breezy in the afternoon about Wairarapa.
Highs: 18-21

Marlborough & Nelson
Mostly sunny with some high cloud, areas of mid level cloud for Nelson at times especially towards the west. Northwesterly winds, gusty at times for Marlborough.
Highs: 18-22

West Coast
Morning rain eases to showers, rain moves back in to Fiordland in the evening with heavy falls. Northwesterly winds.
Highs: 14-17

Southland & Otago
High cloud, morning spots of rain clear Southland. Rain moves back in in the evening and including into Central Otago. Northwesterly winds, gusty at times.
Highs: 17-21