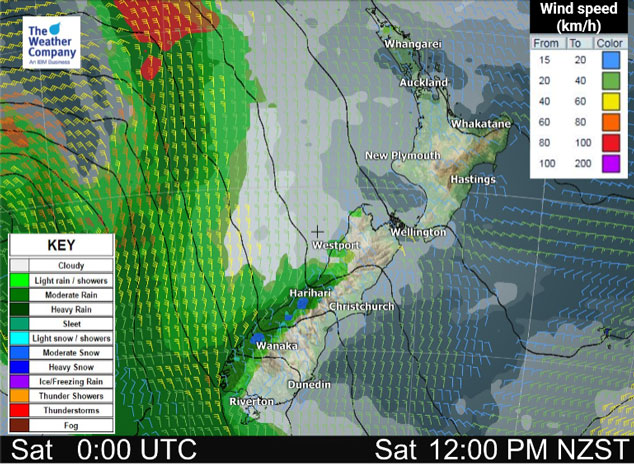 Eastern North Island
Sunny and warm, high cloud later in the day. Overnight scattered rain spreads from the west. Northerly winds may tend northeast in the afternoon near the coast for Hawkes Bay and Gisborne.
Highs: 20-23

Marlborough & Nelson
Mostly sunny with increasing high cloud, rain moves into Nelson in the evening then around midnight for Marlborough. North to northwesterly become gusty in the afternoon.
Highs: 17-20