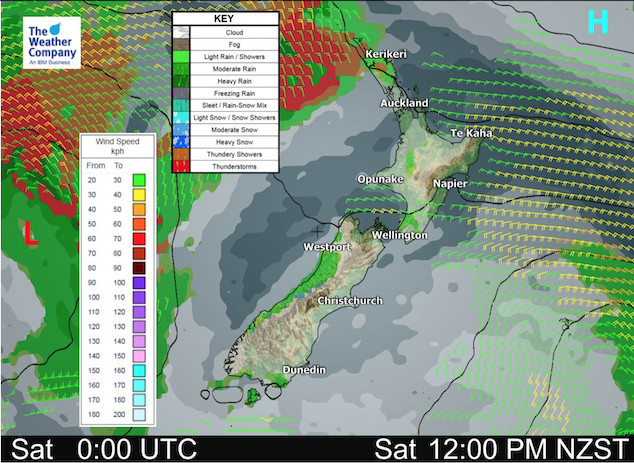 A slack pressure gradient lies over the South Island today with not a lot going on, northwesterlies lie over the North Island with a front pushing into Northland from the west this afternoon.

Northland, Auckland, Waikato & Bay Of Plenty
A mix of sun and cloud, risk of a shower, mainly out west. Showers more likely from afternoon about Northland then moving into Auckland in the evening. West to northwesterly winds.
Highs: 15-18

Southland & Otago
Partly cloudy, perhaps some fog morning and night. Brief sun possible during the afternoon. May be a light shower or drizzle patch about also otherwise mainly dry. A real mixed bag. Light winds tend south to southeast in the afternoon.
Highs: 12-15