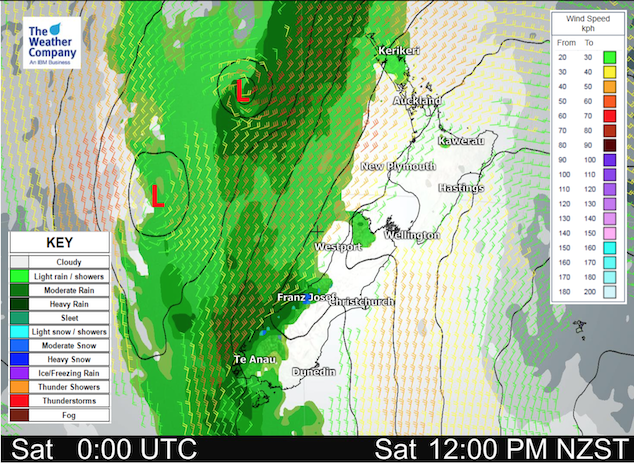 Marlborough & Nelson
Plenty of high cloud for Marlborough. Nelson and the Marlborough Sounds sees cloudy skies, there may be the odd spit or drizzle patch. North to northwesterly winds.
Highs: 14-16

Canterbury
Plenty of high cloud, any morning mid level cloud breaks away. Sun may break through at times in the afternoon. Northeasterly winds.
Highs: 14-16