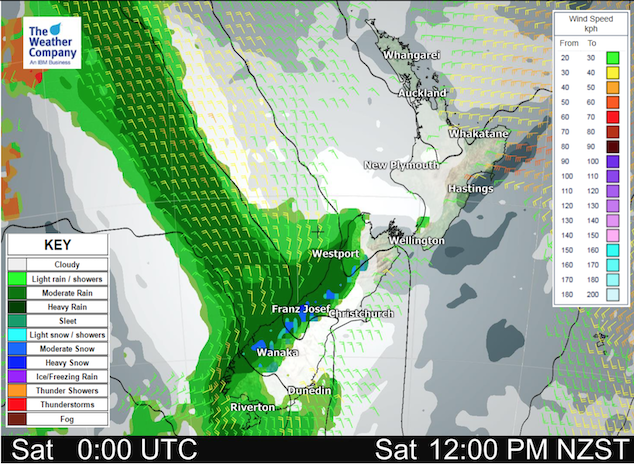 A ridge gradually weakens over the North Island today, a northwest airflow lies over the South Island.

Northland, Auckland, Waikato & Bay Of Plenty
Mostly cloudy with light north to northwesterly winds. There may be some morning sun about Bay Of Plenty before becoming mostly cloudy by midday.
Highs: 13-15

Western North Island (including Central North Island)
Cloudy areas with light winds tending to the north by midday, chance of a light shower or drizzle patch at times for Taranaki and Kapiti.
Highs: 8-14

Wellington
Skies becoming mostly cloudy in the morning, northerly winds pick up in the afternoon.
Highs: 13-14