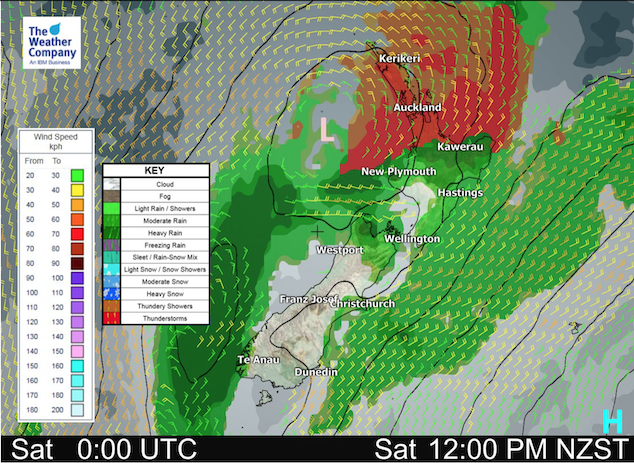 A low pressure system brings unsettled conditions to most of New Zealand today, parts of the West Coast and central South Island down through to Southland may have a mainly dry day however.

Northland, Auckland, Waikato & Bay Of Plenty
Showers, may be an isolated heavy fall with thunder in the afternoon then easing in the evening. Rain a bit more persistent / consistent about Bay Of Plenty during the day then easing in the evening. Northeasterly winds, northwesterlies develop about Northland and gradually Auckland from afternoon.
Highs: 16-18

West Coast
Mostly cloudy, some sun may break through in the afternoon for North Westland. Drizzle about Fiordland then overnight rain spreads to all areas. Light winds.
Highs: 13-16