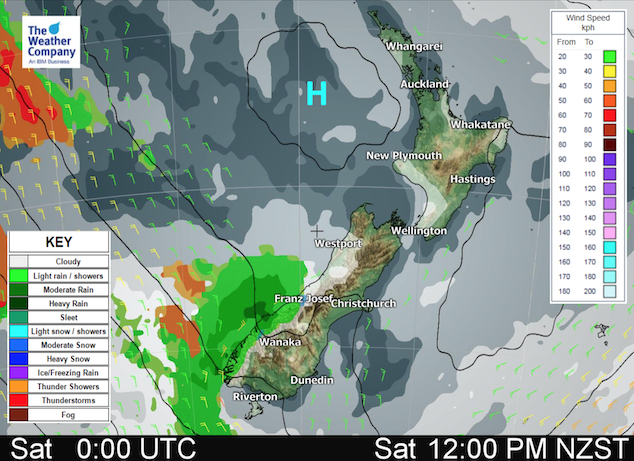 An anticyclone brings mainly settled weather to New Zealand today, a westerly airflow moving around the bottom of this high brings a few showers to South Westland.

Northland, Auckland, Waikato & Bay Of Plenty
Mostly sunny, there may be some cloud morning and night, perhaps even some fog morning and night about inland areas like the Waikato. Light winds.
Highs: 18-20

Western North Island (including Central North Island)
A mix of sun and cloud with light winds tending to the westerly quarter.
Highs: 15-17

Marlborough & Nelson
Sunny. Light winds tend to the north in the afternoon.
Highs: 18-21