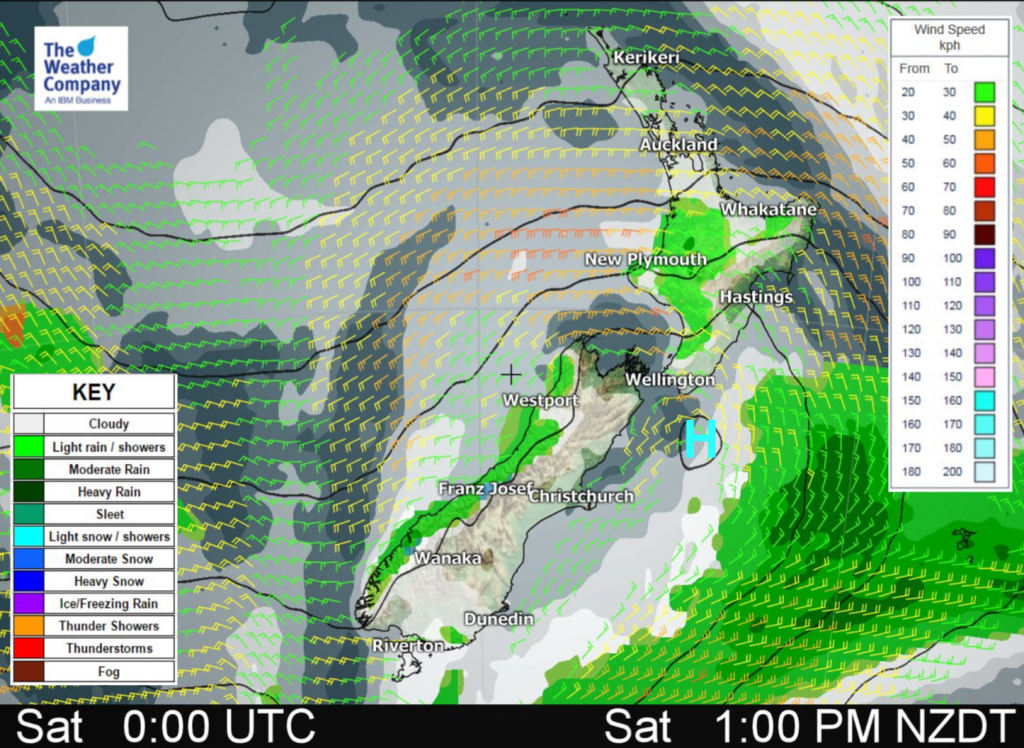 A low pressure system passes off to the east of the country today letting in a west to southwesterly airflow over New Zealand.

Western North Island (including Central North Island)
Showers, mainly morning then sunny areas develop in the afternoon, the odd shower may remain through till evening. Blustery west to northwesterly winds gradually ease during the day.
Highs: 15-17

Canterbury
Any early showers clear then mostly sunny, southwester lies die out in the evening.
Highs: 18-20

West Coast
Early rain eases to showers, clearing evening for most however some further rain moves into Fiordland in the evening. Westerly winds.
Highs: 15-16