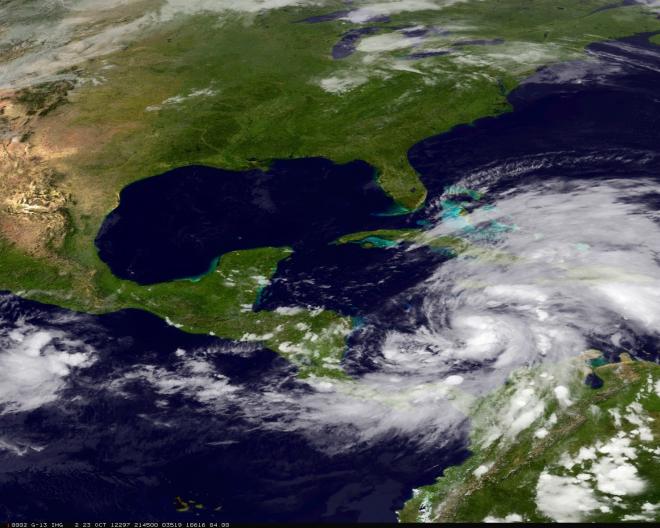 Sandy has the potential to bring significant impacts to the U.S. East Coast through the weekend and into early next week.

The timeline appears to be like this for  Sandy, starting with its Caribbean and Southeast U.S. impacts, then going into the potential serious threat the system poses to the Mid-Atlantic and Northeast.

From early tonight through tomorrow, Sandy will track from eastern Cuba to the Bahamas.

Other than potential hurricane-force winds in Jamaica, eastern Cuba and the Bahamas as the centre passes through those locations, another major threat from Sandy will be heavy rain, flash flooding, and mudslides, generally to the north and east of the center’s track.

This is particularly a concern over the higher terrain of Jamaica, eastern Cuba, Haiti and the Dominican Republic.

Since Sandy is expected to be a large system, it will also have impacts along the Southeast coast on Saturday.

WeatherWatch.co.nz will bring you the latest information as it comes to hand.