Roll on Monday – Damp in the east, drier out west 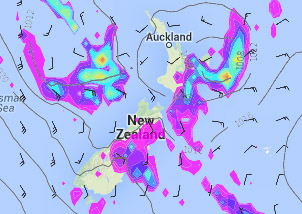 The airflow over New Zealand tomorrow will be very much from the south or southeast, aided by an anticyclone south of New Zealand and two lows, one centred just off Gisborne and the other out in the Tasman sea west of the North Island.

So for the North Island conditions are looking mostly sunny and dry for areas west and north of Lake Taupo, expect some high cloud to increase during the day though. Winds will be from the south or southwest with temperatures nice and warm for this time of year in the afternoon, ranging from 22 about some parts of Northland up to 27 in Tauranga.

The southwest corner of the island from Palmerston North through to Kapiti will see cloudier skies with southeasterly
winds, the odd brief shower may move in at times from afternoon spreading from the east. Gisborne through to Wellington will see cloudy skies with areas of
patchy rain or drizzle, south to southeasterly winds strengthen from afternoon
south of Hawkes Bay. Temperatures around 17 for Wellington then getting into the
low 20â€™s on the east coast.

For the South Island expect cloudy skies along the east coast with southerly winds, drizzle about Canterbury spreads into Marlborough in the evening. Otago and Southland sees some morning drizzle or the
odd shower about then clearing with mostly cloudy skies remaining, later in the
evening or overnight there may be some further drizzle. The West Coast and
Nelson is dry with south to southeasterly winds, expect plenty of high cloud
though.

Temperatures will be in the low to mid teens for the east of the South Island tomorrow with highâ€™s in the late teens or perhaps even early 20â€™s on the West Coast. The exception on the east coast may be Marlborough which
could see temperatures getting into the late teens in the afternoon before cloud
thickens in the evening with drizzle. 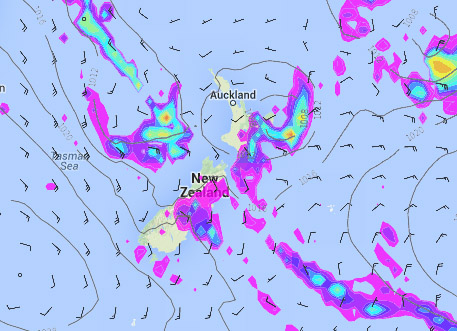