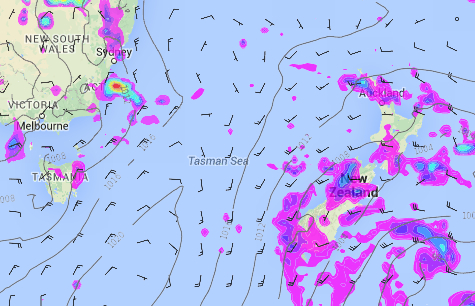 There are a few risks of some unsavory weather around the country today, for both islands, as we still have a cool southwesterly airflow over the country – though an anticyclone from the Tasman Sea will start to move in later in the afternoon.

There appear to be possible thunderstorms developing in the afternoon about eastern parts of the North Island and also the top of the South Island.
With these storms there is a chance of hail, and this is mostly of concern to growers and orchardists – so one to watch.

Snow may fall to 600m first thing this morning in Canterbury but then ease – with only light flurries from then onwards.

Further south, snow flurries are possible about Southland and Otago too, but only light falls are expected down to about 500m.
Any snow will clear in the afternoon and be well finished by this evening.