Home > News > Risk of frosts tonight, settled for most...

Risk of frosts tonight, settled for most tomorrow 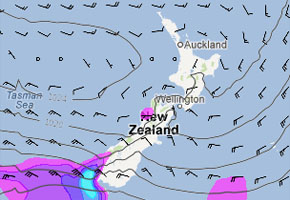 A ridge will extend over the upper North Island tomorrow while a westerly airflow lies over the South Island and lower North Island, this means settled sunny weather is likely for most around the country. The only spots of contention will be about South Westland where cloud and the odd shower will develop from afternoon, those showers spread a little further north later in the evening.

WeatherWatch.co.nz forecasters expect mild temperatures along the eastern coastlines of both Islands for Wednesday getting to 18 to 19 degrees, many North Island areas are likely to get into the high teens also however from Taranaki through to Kapiti westerlies and some cloud will keep the temperature in the mid teens.

In the South Island while it will get cold overnight frosts may just be out of the equation however sheltered eastern areas from Canterbury through to Marlborough risk a light frost in the morning, 2 to 3 degrees may be more likely however for growers it will be something to keep an eye on. Inland parts of Marlborough and Nelson are other places the may be in line for a light frost.