Revealed – the most polluted cities in the USA 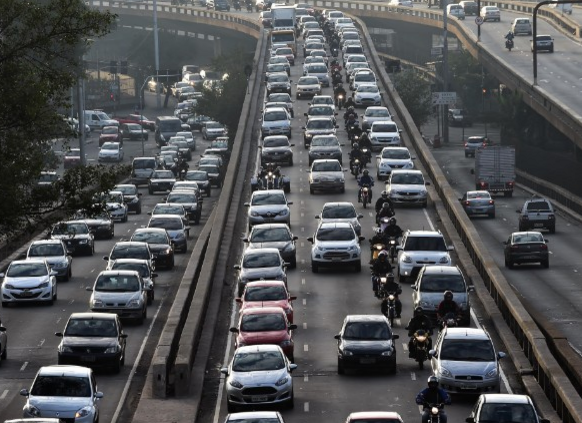 Rough day at work? Step outside and take a deep breath — err, maybe not, depending on what city you’re in.

If you’re in Los Angeles, you’ll probably want to step back inside the office.
The sprawling California city is among the worst air pollution offenders in the United States, according to the American Lung Association.

On Wednesday, ALA released its 2016 State of Air report. The findings reveal more than 50% of Americans live in areas with unhealthy levels of particle pollution, tiny solid and liquid particles floating around the air we breath, or ozone pollution, harmful gases that react to sunlight.

“Ozone pollution is a powerful pollutant,” Paul Billings, senior vice president of advocacy at the ALA told CNN. “Breathing it in is like a sunburn of the lungs. It can cause coughing and wheezing in healthy adults.”
Heavy road traffic and a busy trade port are major contributors to Los Angeles’ poor air pollution. The city joins 12 other counties that failed all three air pollution tests by the ALA. The report analyzed ozone, short-term and year-round particle pollution.

That means about 20 million people are being exposed to potentially damaging air pollution levels.
Several California cities ranked high on the ALA’s air pollution offenders list, with Los Angeles coming in at No. 1 for ozone pollution. Bakersfield ranked at the top for particle pollution, which can increase risk of cardiovascular and lung issues.

Here are the top 10 cities with the worst ozone or particle pollution:

George Thurston, professor of Environmental Medicine at New York University, told CNN that looking through ALA’s report is like seeing a tale of two states. “California has some of the best and worse cities in terms of pollution,” he said.

One of the cities with the best air quality is Salinas, California, which it isn’t too far from Bakersfield in the San Joaquin Valley. Thurston explained that geography, industry and meteorology are all important factors when understanding why some cities are prone to poor air pollution. Since Salinas is on the water, pollution can dilute faster.

In the San Joaquin Valley, pollution lingers. Also, the Valley has a lot of trucks on its roads because of its agriculture industry and many run on diesel. This is important because not all particle pollutants are the same toxicity, Thurston said. In fact, diesel pollution is very toxic.

“We need to start considering that. We need to start regulating which are the most toxic particles and where we need to focus our efforts,” he said.
Ozone and particle pollution can cause a number of health problems, especially in children and the elderly, according to the Environmental Protection Agency. It can also worsen lung disease, asthma and for some it can cause premature death, according to Billings.

Hope is not totally lost. Although Los Angeles is notorious for its terrible air quality, the ozone pollution levels are improving.
“Los Angeles reported its best air quality for fewer ozone and particle days,” Billings said. “That means the Clean Air Act is working.”

Stricter environmental standards, newer cars on roadways and cleaning up emissions at the port are some of the contributing factors helping Los Angeles cleaning up its air.
In 2015, the EPA revised its ozone and particle pollution levels, making its standards stricter. But the standards don’t go far enough, Thurston said, explaining that the report shows some cities meeting minimal air quality standards.
“Think of something like driving. If the speed limit is 65, and you are driving 65 mph, then you are within the law. But if you drove at 55 mph, you might be safer and get better gas mileage,” he said. “I would say we can do better, and we shouldn’t just sit back and meet the minimal standard.”

There are also ways that people can limit their exposure to air pollution, such as exercising indoors and reducing personal vehicle usage. And it’s important to be aware of air pollution, Thurston said.

“You don’t have a choice in the air you breath. We are all breathing this together, even the 1%. It is something that we all share,” he said.