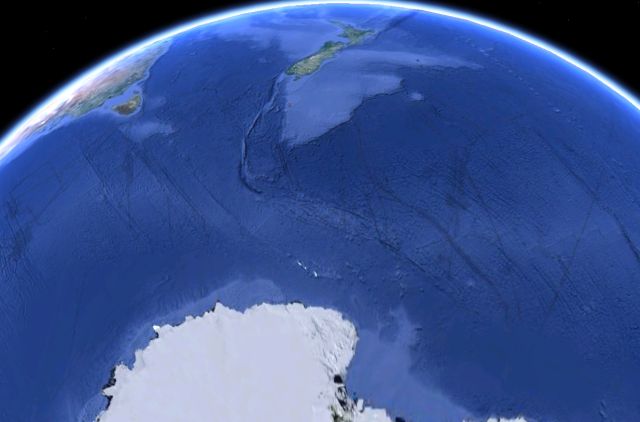 A medical emergency is under way at the largest research station in Antarctica, the hub of the U.S. Antarctic Program – and the flight is hoping to sneak in during some twilight at midday on Friday (as the continent is mostly in darkness at this time of year).  The Australians are stepping in to help – flying a plane to Christchurch, NZ, before heading to Antarcrica.

Someone needs to be evacuated from McMurdo Station in the dead of the Antarctic winter, when there is no daylight for six months.

The person is in stable condition, said Debbie Wing, a spokeswoman for the U.S. National Science Foundation, which oversees the facility.

Australia said its Antarctic Division was asked to “assist in the repatriation of an expeditioner” from the station.

Wing said she believes the person needing medical attention is a U.S. citizen.

She could not say whether the person’s condition is life threatening. But the patient, who is not being identified, requires medical attention beyond what can be provided by the medical team at the research facility, which Wing said is “like a portable hospital unit.”

“The runway on McMurdo is in preparation for a flight we’re anticipating near the end of this week,” Wing said. And the United States has a C-17 military transport aircraft on standby in case an Australian flight can’t make it.

From the archives: Stranded American researcher rescued from South Pole

She added that she believes the flight will take place before Friday.

There is currently “some twilight at midday,” which may help the pilot see when making a landing at McMurdo, which has one of the few runways on the continent that can accommodate aircraft with wheels, Wing said.

She could not say whether the patient became sick or injured while at the facility, but she noted that there is “a very rigorous health screening process that you must go through” to be at the facility. “I would assume that the person did not go with any existing condition that would have posed a problem.”

McMurdo can have nearly 1,500 people during the regular season, but during the winter, there are only about 60 to 70 people there, Wing said.

There are no regular flights at this time of year, she said.

Australia said its team was headed to Christchurch, New Zealand, and will fly to McMurdo Station “when weather and light permit.”

Nations “work together very cooperatively” in such situations, Dr. Tony Fleming, director of the Australian Antarctic Division, said in a statement.

The station, established in 1955, is built on bare volcanic rock on Ross Island, the solid ground farthest south that is accessible by ship, according to the NSF, an independent U.S. government agency.

The station has landing strips on sea ice and shelf ice, as well as a helicopter pad.

In September 2010, New Zealand’s air force evacuated an American man at McMurdo. The first flight had to turn back because of heavy snow and limited visibility. The second flight touched down in the freezing weather and got the man out.

Earlier in 2010, New Zealand rescued another sick American from McMurdo.

Last October, an American researcher who suffered a suspected stroke while working at the South Pole was rescued by the U.S. Air Force. She was flown from the South Pole to McMurdo Station, then on to Christchurch.

the sun is about 16N currently meaning its about 3° under the northern horizon at mcmurdo for an hour or two at mid day so be strong twilight though when at 23.5N as in june 22 there would be a small period of just discernable dusk at local mid day but still be stars out the whole time when the sun is 11 or so degrees below the northern horizon and then get darker as it circles around furthur under the horizon.The sun will begin to actually rise for a short time and progressivly longer after at the edge of the antartic circle in about 10 days time.

Get your facts right! It is 6 months darkness at the Pole (90deg south). McMurdo Sound at 77.53deg south has around 3 1/2 months of darkness.