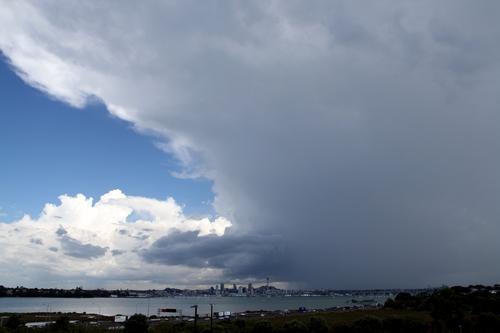 Heavy rain, thunderstorms and hail had been forecast for the already soaked region, however, Civil Defence operations manager Alan Pearce says fortunately the rain has not fallen with as much intensity as first thought. He has not heard of any surface flooding or slips in the area.

Mr Pearce says the weather is expected to improve throughout the day.

The attention is now shifting to the lower South Island, where snow is expected in many regions over the weekend.

Snow is also likely on the Desert Road in the central North Island on Sunday through to Monday.

Hi Up here in the mamaku’s its very wet underfoot with some water pooled in paddocks still which shows just how saturated the ground really is.
Overcast with some brief shwrs. temp is cool at 10deg with a light westerly wind
Baro has dropped to 1007. time now is 17.46hrs
Cheers

Hi there, The weather here is cold, but not raining, the gound is very wet, and to think only a few weeks ago it was real dry….. feels like it could be a cold night.

Is there more rain over the weekend coming?