Record heat for much of USA 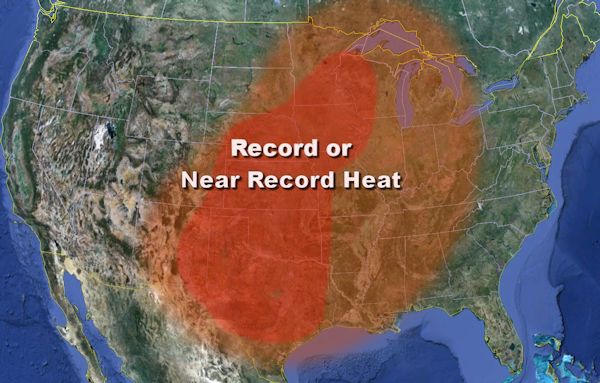 Record-shattering warmth has gripped the central and eastern sections of the United States.

Record highs have been set nearly every day this past week.  On Wednesday, over 200 locations across the US saw record highs.

In Minneapolis, Minnesota, the average high for 14 March is 4 C.  Their high on Wednesday (14 March) was a record-setting 23 C.

The same thing that helped to keep this past winter very mild for them is also leading to this very early taste of summer.  A ribbon of fast moving air in the upper levels  that acts as a wall that locks up the colder air is too far north.  That means all the really cold stuff is bottled up north of the US and warm, summer-like air has a chance to surge north.

Cooler air is expected to slowly start to return by the middle of the upcoming week.  However, temperatures are still expected to be about 10 degrees above normal.
By WeatherWatch Analyst Howard Joseph