Record heat continues for the USA 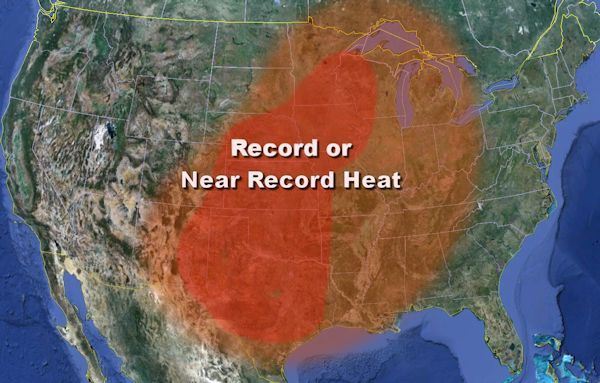 The record setting March continues in the United States.

These last few weeks have re-written the record book with not only the degree of heat, but the length of the “heat wave”.

The term “heat wave” is rarely, if ever used in March in the US.

In La Crosse, Wisconsin, one of the nation’s biggest record-breakers, 8 of the first 23 days of March were record breakers, including two high temperatures above 27 C (80 F).

The normal high for this time of year is around 6 C (43 F). And that’s just the daytime highs. 7 different records were set warmest morning lows this month, including the warmest all-time low for the entire month of March.  17 C (62 F) set back on the 17th of March and then tied two days later.  Normal morning lows around around -4 C.

And this is just one city.

Literally hundreds of records have been broken and continue to be broken. The March record-heat could potentially march right into April.

Chicago shattered some March records – to say the least (including 8 days over 80F) – read down sligtly in this blog (entry from March 23 at 5:26, plus older entries):