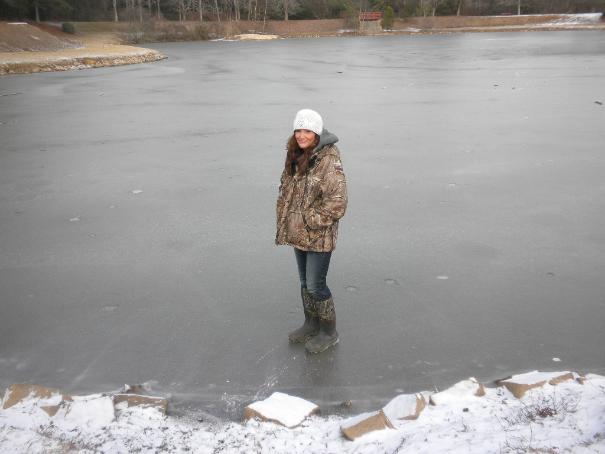 At least nine deaths were blamed on the freezing snap that blanketed much of the central part of the country this week, CNN said on Saturday.

In sub-tropical Florida, Key West — the southernmost point in the continental United States — had its coldest day in 112 years, with a low of 8.3 degrees Celsius.

The cold air was expected to settle over the state through the weekend, with freezing temperatures set to remain until Monday.

The National Weather Service (NWS) also issued severe wind chill alerts for the Midwest, warning that even limited exposure to the cold could cause frostbite or hypothermia.

The Arctic air mass across the central states was bringing wind chills below minus 28 Celsius as officials said the conditions could mean frostbite in less than 30 minutes.

‘Those planning to venture outdoors should use common sense and dress warmly,’ the National Weather Service said, urging people to make sure all exposed skin is covered.

Florida’s citrus growers were on alert to protect crops in their $US9.3 billion ($A10.14 billion) a year industry, which many fear could be hit hard by the unusual freezing.

Financial analysts warned there may be a far-reaching impact of the cold front on the fruit’s market value as farmers scrambled to avert a ruined harvest.

The state’s tropical animals too have been affected by the cold snap, with wildlife officials going so far as issuing advisories on how to save frozen iguanas.

The lizards become completely immobile in temperatures below four degrees Celsius as their cold blood stops flowing, and have been filmed this week falling out of perches in trees.

Residents are advised to place the rigid lizards in sunlight where they can revive in warmth.