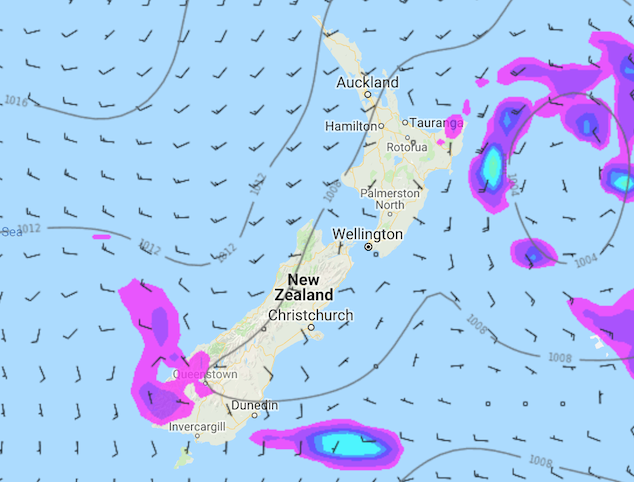 The weather is not too sure what it’s up to today with weak areas of high and low pressure about, no extreme weather at either end of the spectrum. A weak front lies about the lower South Island also.

South of Banks Peninsula there may be a light drizzle patch or two develop inland about the foothills this evening, especially later on. Showers about Fiordland ease this afternoon, a similar situation for Southland although expect longer dry spells after midday. Risk of a shower from afternoon about Otago mainly inland. Mainly dry elsewhere.