RainWatch – Showers for the SI’s West Coast, the odd light shower develops Sunday in the northeast 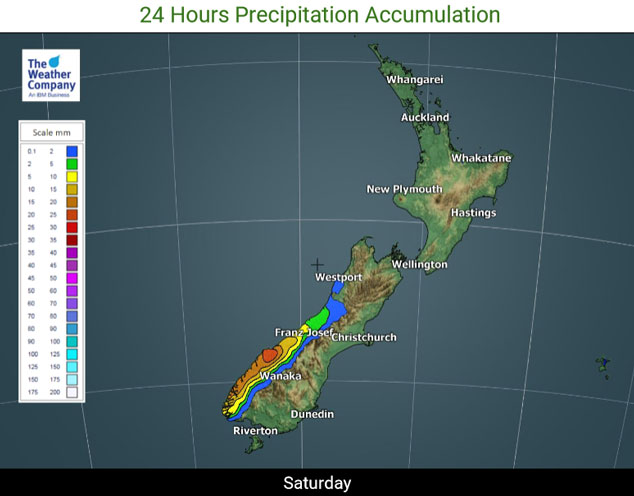 An anticyclone over the upper South Island and North Island on Saturday keeps conditions dry for those areas, about the lower South Island a westerly airflow moving around this high brings some shower activity to the West Coast of the South Island (especially South Westland). Eastern regions will benefit with warm afternoon temperatures on the cards.

A developing northeasterly airflow brings a few light showers to the North Island on Sunday, mainly in the northeast. It’s quite dry for most of the north Island otherwise, just a bit cloudy in the north, sunnier skies can be expected further south. A north to northwesterly airflow over the South Island continues to bring cloud and showers in the west, rain at times for South Westland. Mainly dry and warm conditions prevail in the east.