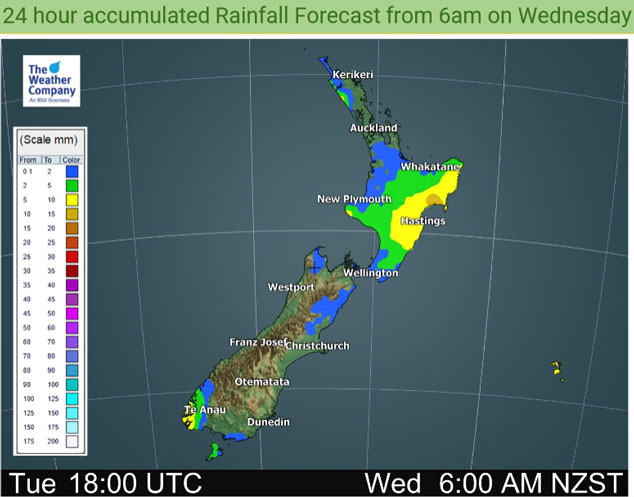 Mainly dry for the lower South Island today, showers about the upper half clearing during by midday. Expect rain or showers for the eastern North Island, isolated showers in the west. Showers may be heavy north of about Whanganui through to Taranaki this afternoon with some hail then clearing this evening. Showers with a chance of hail later this evening about Bay Of Plenty.

Dry for most regions on Thursday, most ….. but not all regions. Expect a few showers for Fiordland in the South Island. A few morning isolated showers north of Auckland clear, showers for Hawkes Bay clear in the afternoon, easing about Gisborne however showers linger through the night.

Dry for the North Island on Friday, a northwesterly airflow builds over the South Island bringing rain into South Westland with heavy falls. Rain moves into Southland in the evening then Otago overnight with a southwest change.