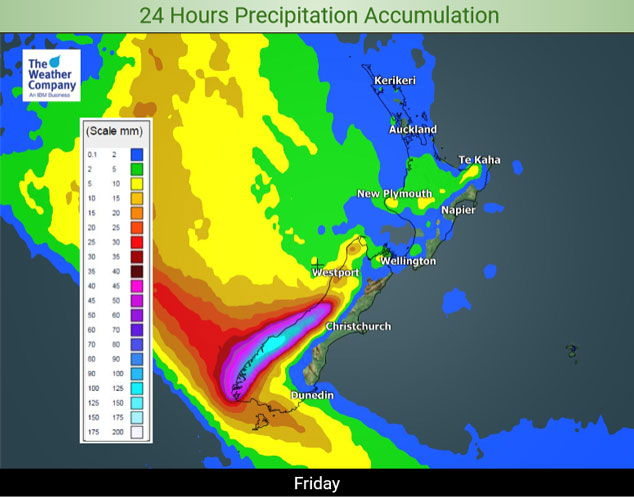 A southwesterly airflow brings a few showers to southern and western parts of the country on Sunday, in the east a few morning showers from Canterbury up to Wellington clear away then during the afternoon an additional shower or two pushes northwards through Otago and into South Canterbury.