RainWatch – Rain or showers for most, the South Island’s east coast gets spared till evening 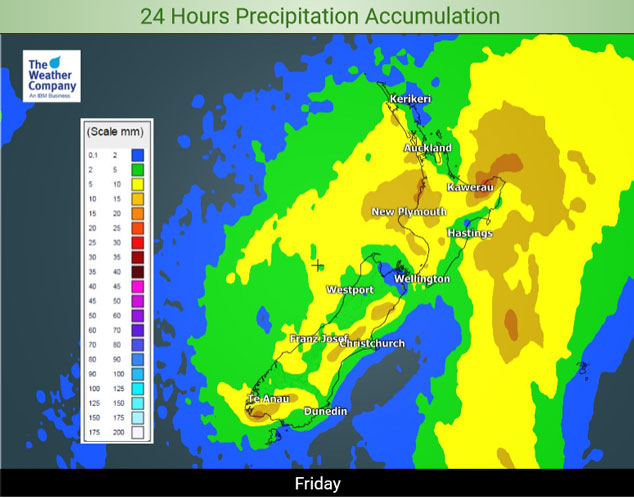 Quite unsettled and wet for most regions around New Zealand today, a band of rain moving in a west to east fashion across the North Island this morning may be heavy with thunder then this afternoon a surge moves in from the west bringing further heavy showers and a risk of thunderstorms.

Saturday sees shower activity for the eastern North Island, easing afternoon and clearing later on. Heavy showers with a risk of hail in the west mostly clearing in the morning, there may even be some thunder for Auckland and Northland then easing from afternoon and gradually clearing away.

Morning shower activity for Canterbury then drying out from afternoon, a few showers about Southland for most of the day in a westerly airflow. Mainly dry eslewhere in the south.

Sunday is mainly dry for eastern regions, in the west and far south of the country expect the odd shower in a west to southwesterly airflow.

keep up the good work guys