RainWatch – Rain for the western SI on Saturday, NI on Sunday 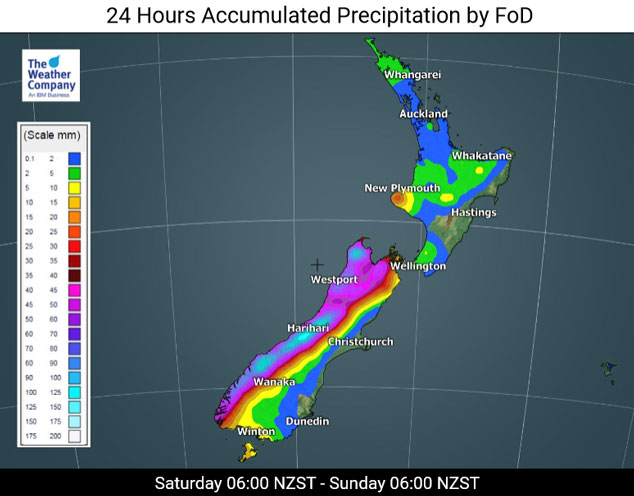 As you can see with the map below heavy rain pushes northwards along the West Coast of the South Island during the day. The North Island only has a light patchy shower or two in the west, mainly about Northland and Taranaki then gradually spreading to other areas in the evening.

The front that brought heavy rain to the western South Island on Saturday now moves over the North Island on Sunday, you’ll see in the map below where the areas of heaviest rain are expected. The West Coast of the South Island continues to see rain during Sunday, perhaps even some thunderstorms. Eastern parts of the country remain mainly dry however Wairarapa and perhaps at a push Hawkes Bay / Gisborne sees some rain spreading from the west at times.