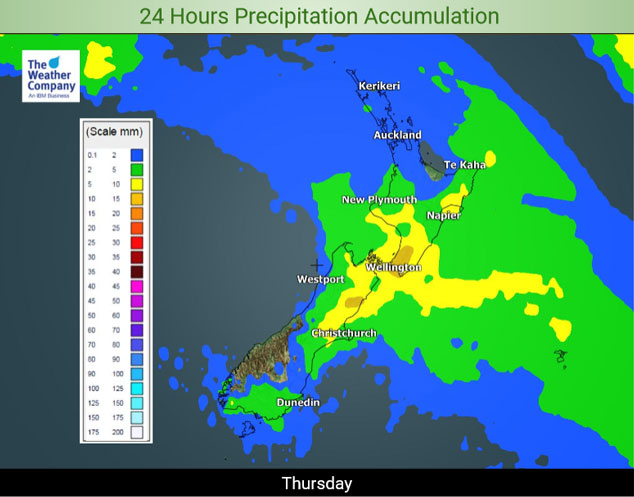 The odd shower for the western North Island today. A southerly change pushes into the lower North Island this afternoon bringing rain (possibly becoming heavy about Wellington), this south to southwest change gradually moves northwards bringing a period of showers to the upper North Island (including Hawkes Bay) this evening.

Rain moves into the upper South Island this morning (possibly heavy) then easing to showers from afternoon about Canterbury and further north in the evening, clearing in the evening on the West Coast but the odd shower remains elsewhere. Southland sees the odd shower during the day with cold southwesterlies, early showers clear Otago then moving back in again this afternoon.

Expect showers for the east coast of the North Island on Friday with cold south to southwesterly winds. Drier for the upper North Island but expect the odd shower north of Auckland in the morning then mid afternoon isolated heavy showers with a chance of hail / thunder possible for western Waikato, western Bay Of Plenty and western Auckland. Expect showers Taranaki southwards in the west, clearing in the evening.

Any early showers clear Otago then mainly dry. Showers about Canterbury and Marlborough ease then clearing in the afternoon. Dry for the rest of the South Island.