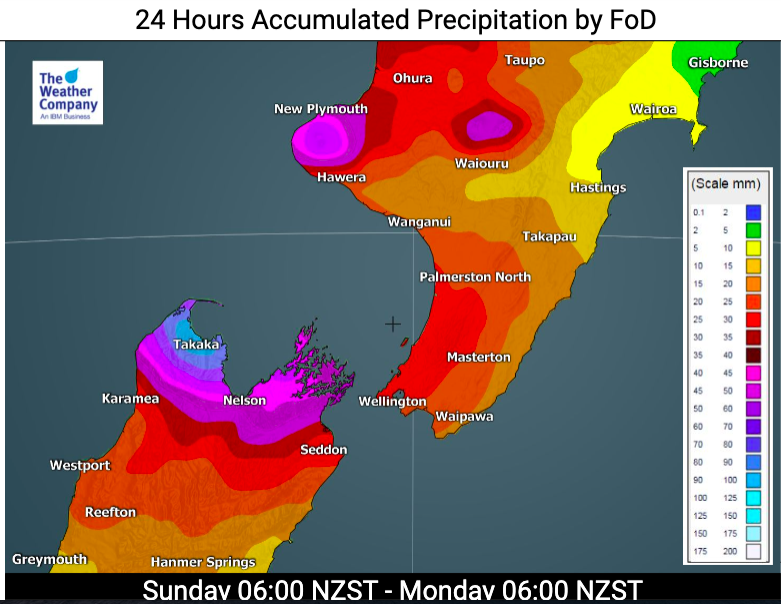 A low is moving towards New Zealand and will bring rain across the North Island and upper South Island – including drought zones from late Sunday to Monday and Tuesday.

Despite the rain being widespread the heaviest falls will be patchy. In the upper North Island drought zones, including Auckland, current estimates show 10 to 35mm being the general accumulated rainfall in the 24 hours from Sunday morning to Monday morning. There should be some additional rain/showers further on Monday and Tuesday.

Down the country and the central, western and lower North Island may have higher totals with two days of rain on the way – this map only shows 24 hours.

Takaka and western Nelson region may see some of the highest rainfall with totals possibly approaching up to 100mm in the ranges.