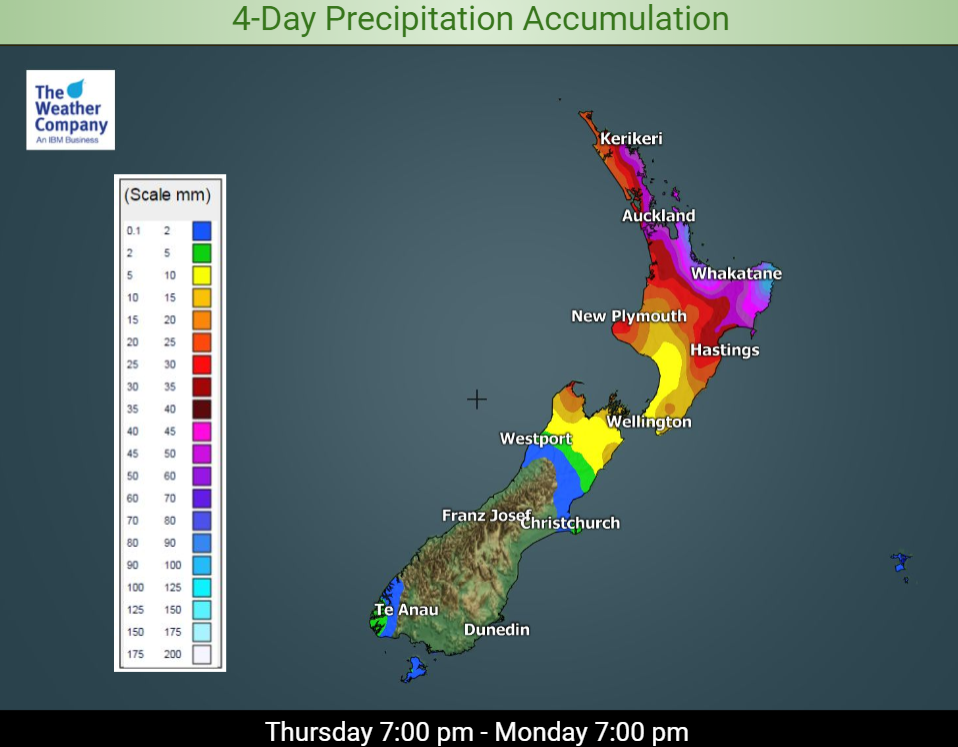 The high-pressure area which covered most of the North Island on Thursday is slowly collapsing to the east and on Friday morning will allow thick cloud and rain to spread back down over Northland and Auckland.

Northeasterly winds will be freshening in places ahead of a more active low-pressure centre west of Cape Reinga.

As well as helping drag rain south over the top of the North Island, this small depression could contain some thundery showers for those in the very far north.

By 6am Saturday, most northern and western areas of both islands, north of a line from about Greymouth to Kaikoura, will have had some rain.

Northland, Auckland, Waikato, Taranaki, the Marlborough Sounds, Nelson and Buller can all expect at least 10mm of rain on Friday, with 15mm to 20mm totals for parts of the Coromandel, the westernmost part of Taranaki and around Golden Bay and Farewell Spit.

Much of the east of the North Island, close to Wellington and Cook Strait, and coastal Marlborough may also receive 2mm to 5mm of rain.

The rest of New Zealand stays dry on Friday, although gloomy low cloud and some fog patches are expected to settle in over the east of the South Island as winds change to gentle southerlies.

Slowly increasing northwesterly winds in the far southwest of Fiordland could possibly bring a few drizzle patches there much later in the day.

The wet trend for the North Island and the top of the South Island continues at times over the long weekend.

Places most exposed to the northeasterly winds, from eastern Northland, across the Coromandel, Bay of Plenty and around to East Cape, may receive 70mm to 80mm by 7pm on Monday.

Over the same period, Auckland could have a total of 40mm to 50mm and the Waikato 30mm to 35mm.