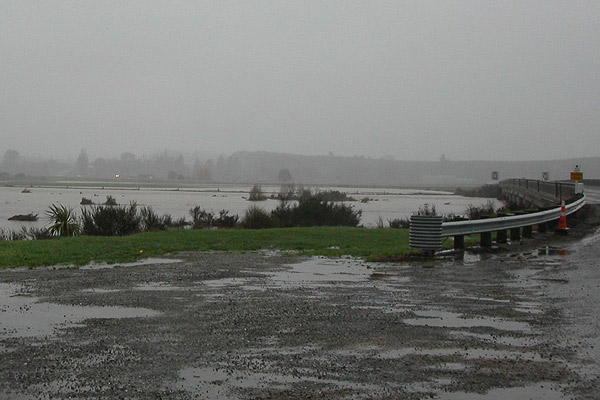 Heavy rain with the chance of thunderstorms and tornadoes could cause surface flooding, slips and make driving hazardous for parts of New Zealand today, as the strong winds of last night die out.

Government forecasters have warned the Coromandel Peninsula, Bay of Plenty and Gisborne and Nelson could expect heavy rain of up to 140mm accumulating throughout the day and the chance of thunderstorms.

In the Coromandel Peninsula rain was expected to become heavy early this morning and ease by the afternoon.
The crown forecaster has warned thunderstorms could be possible and the rain could peak at 25mm per hour.

The Bay of Plenty could expect up to 140mm to fall today, especially about the ranges. The rain in Gisborne was expected to become heavy around midday and up to 120mm could accumulate.

WeatherWatch analysts said as winds ease in the upper North Island heavy showers would fall and could contain thunderstorms.

WeatherWatch warned the storms could contain funnel clouds or small tornadoes in the upper North Island and Waikato.

Temperatures and humidity would increase today as the winds turn north to northeast.

It’s not all gloomy — conditions would improve from now until Christmas, WeatherWatch said.