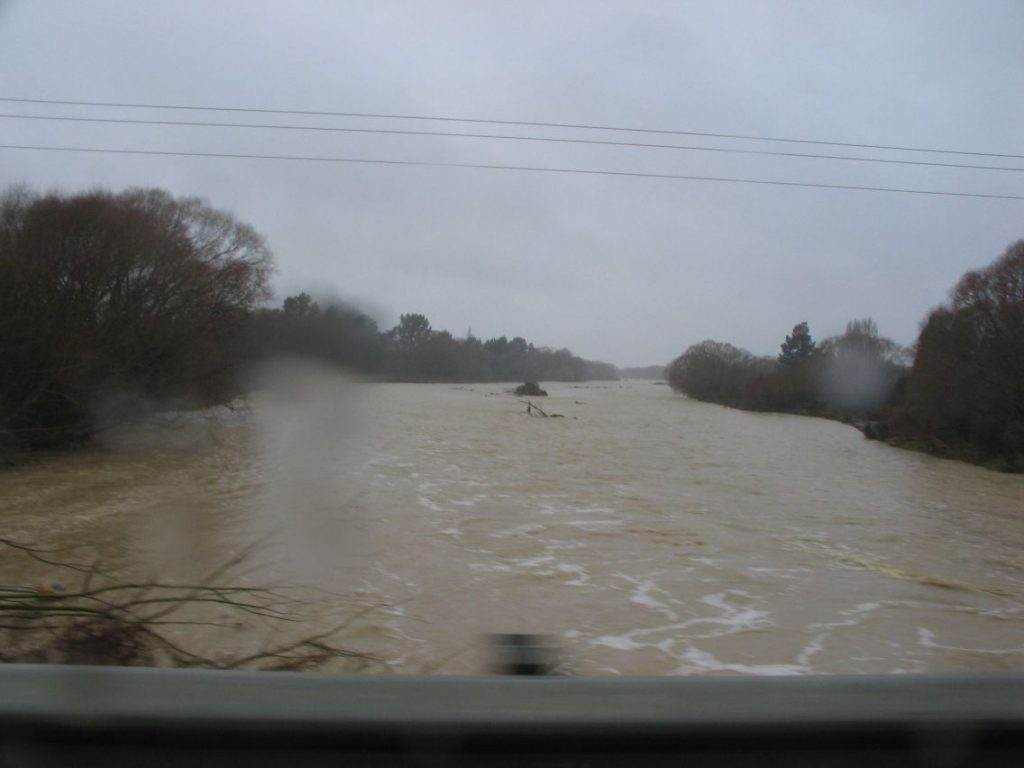 Rain chaos has spread through the South Island even as rains eased, with an airlift from a crash on a rain-sodden motorway and flooding in a town near Christchurch.

Affected areas have got through about half the expected big rain so far, said Environment Canterbury flood controller Graham Sullivan at 2.30pm.

After a wet blast overnight and this morning, the rain had eased slightly – but now rain gauges were showing an up-tick that could signal the rain’s second surge, Mr Sullivan said.

If rain picked up again any flooding of rivers would happen very quickly, he said.

In north Otago’s Oamaru, a northern detour for the closed SH 1 had become water-logged, cutting off all northern traffic for the second time today, said the area’s civil defence spokesman Richard Mabon.

The fire service’s southern communications said callouts to flooding in Oamaru had quieted down.

But it had been called out to a road accident on a wet SH 1 at 1.30pm in Waipapa Bay, near Kaikoura, that had required a helicopter callout.

The service had also attended a flooded address in Oxford, near Christchurch, it said.

St John and Environment Canterbury have yet to confirm or provide further details on either event.

On the positive side, Environment Canterbury spokeswoman Sara McBride said Metservice had advised that the region would get less rain through tomorrow than previously forecast.

But Otago’s Mr Mabon said after Wednesday the region was expected to be hit by cold southerlies bringing snow as low as 250m, potentially hurting farmers’ stock.

The worst yet to come

The bulk of a severe rain band which pounded the Bay of Plenty overnight is expected to douse Otago today with up to 350mm of rain forecast by tomorrow.

The large storm currently stalled over New Zealand was only just getting started with torrential rain on the way from Wellington to Otago into Wednesday, Mr Duncan said.

There was also a risk of isolated tornados in the west of the North Island this afternoon, he said. Heavy rain could return north of Taranaki, he said.

At 4pm, a further 12.5mm rain since 9 am this morning,bringing total since late Sunday to 26.8mm