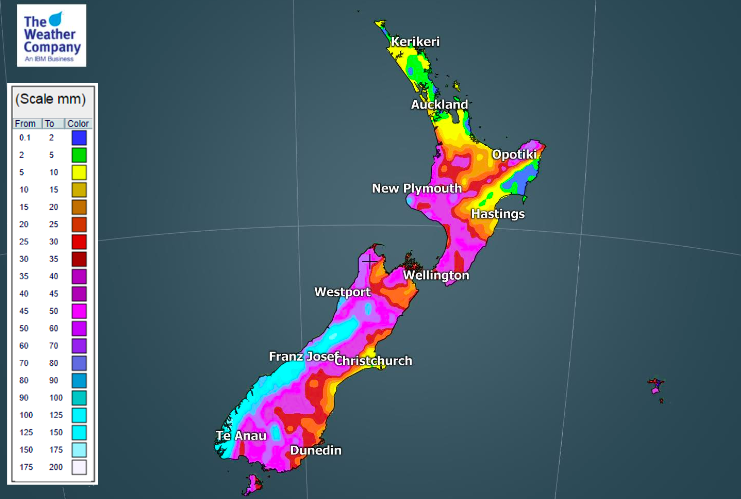 We have rain falling in places that need it this week and in the days ahead – this time central New Zealand/eastern areas most exposed. Wairarapa, Wellington, eastern Marlborough and the fringes of North Canterbury and southern Hawke’s Bay most exposed.

The rain is being enhanced by a weak area of low pressure just off the North Island’s east coast which absorbed the wet southerly change that arrived in Cook Strait yesterday.

Northern NZ still remains much drier and the next week ahead isn’t wet for both the very top and the very south of the country. Positive news for Southland with a stretch of sunnier, milder, dry weather coming up. Negatives news for Northland which doesn’t want more dry. From Waikato northwards a day or two of significant rain is needed – but not forecast within the next 7 days.

April – especially as we head to the middle part of the month – often sees an uptick in wetter weather. High pressure from Australia remains fairly consistent but we do see breaks in the highs.

WHEN WILL RAIN COME FOR NORTHERN DROUGHT ZONES?
WeatherWatch.co.nz still maintains “the next best shot” for rain in Northland, Auckland and Waikato looks to be in the second week of April.

At that time we have the next high departing the country and behind it a chance for sub-tropical rain – often this brings soaking falls. We can’t lock it in as it’s too far out but the modelling has been consistently showing better chances for rain around this time for much of the past week, which gives us (and hopefully you) some confidence.